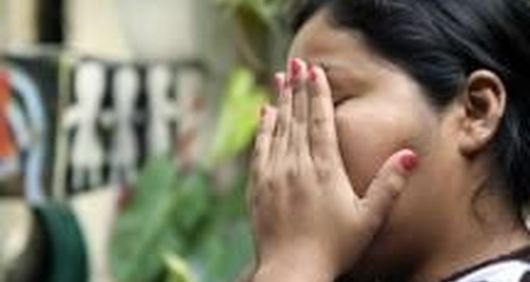 The total ban on abortion in El Salvador means abortion is a crime even if the woman’s life and health is at risk and if the pregnancy is the result of rape or incest. The law also means that women who miscarry or have stillbirths can be charged with murder if accused of abortion, and end up imprisoned for decades. Many of these women face sentences of more than 30 years.

This has created an atmosphere of suspicion and led to hundreds of arrests in the country. In many instances insufficient evidence and unfair trials have lead to imprisonment. The law is applied so strongly that even doctors and nurses face agonising dilemmas. Many are afraid that they could lose their jobs if they don’t report their patients, women who’ve come to them in desperate pain and distress to the authorities.

One of the women affected by this discriminating law is María Teresa Rivera who is serving a 40-year prison sentence. She was 28 years old and was working in a garment factory when one day she felt the urgent need to use the toilet. She was found by her mother-in-law, bleeding on the bathroom floor. She had not known she was pregnant. She was rushed to hospital where a member of staff reported her to the police. Police officers arrived and began questioning María Teresa without a lawyer present. She was later found guilty of aggravated homicide.

Maria is only one of hundreds of women in El Salvador that suffered complications with their pregnancies and had been convicted of committing a crime when suffering a miscarriage.

We're campaigning to challenge violence against women and girls in El Salvador, including the criminalisation of abortion in all circumstances.