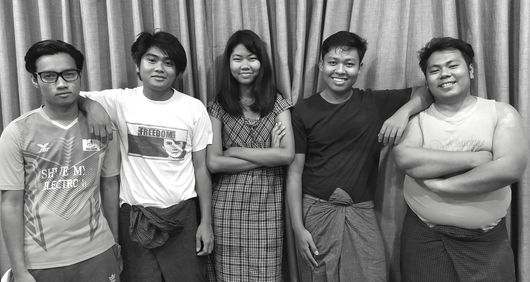 Five members of the Peacock Generation were arrested in April 2019 after they performed Thangyat, a traditional performing art similar to slam poetry. They were wearing military uniforms and criticised the authorities. After spending six months in detention, the five were convicted on 30 October for making “statements conducing to public mischief”, and sentenced to one year in prison.

Other members of the troupe are facing additional charges for sharing photos, videos and livestreaming performance on Facebook, for “online defamation”.

Members of Peacock Generation are facing the same charges in different townships, because they performed in various townships around Myanmar’s New Year Water Festival in April. All charges have been filed by different military representatives (Lieutenant Colonels).