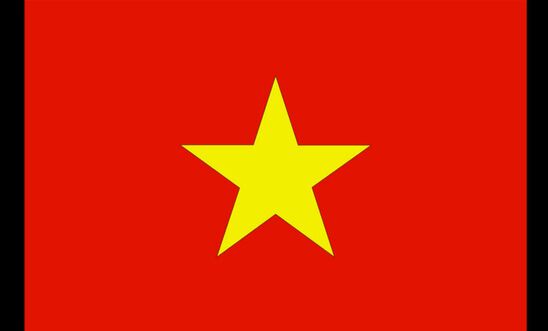 Intimidation and harassment on the rise ahead of 23 May vote

The Vietnamese authorities must end their crackdown on independent election candidates and critical voices, Amnesty International warned, ahead of the country’s National Assembly elections scheduled to take place on 23 May.

In recent weeks, authorities have arrested and charged two independent candidates for “making, storing, or spreading information, materials or items for the purpose of opposing the State of the Socialist Republic of Vietnam”, carrying potential prison sentences of between five and 20 years.

Amnesty has also received multiple credible reports of many other individuals across the country being subjected to harassment and intimidation by police for their involvement in the election and for criticizing government policies.

“The Vietnamese authorities must end this crackdown and allow everyone in Vietnam to freely exercise their human rights without any fear of reprisals.

“While Vietnam seeks to put itself forward for election to the UN Human Rights Council, the authorities are engaging in blatant and widespread human rights violations at home.

“Vietnam is obliged to respect, protect, promote and fulfil human rights including the rights to freedom of expression and association, as well as media freedom."

Bogus charges ahead of election

On 27 March, authorities arrested Le Trong Hung, who had applied to be an independent candidate for a National Assembly seat in Ha Noi city. Le Trong Hung is a citizen journalist and a member of Chan Hung TV, a media group which broadcasts Facebook livestreams about social and political issues. According to his family, he was arrested while walking in his neighbourhood and taken to his home by police who then searched the house. It is unknown where he is currently being detained.

On 10 March, authorities in Ninh Binh province arrested and charged Tran Quoc Khanh, who had also expressed his intention to run as an independent candidate for election. It is unknown if he had formally registered as an election candidate. Prior to the arrest, Tran Quoc Khanh ran a popular social media account where he frequently commented on contemporary human rights and political issues in Vietnam. In a livestream on 6 March, he discussed critiques of government ministries and called on the Vietnamese government to respect the rule of law.

Emerlynne Gil said: “These charges are plainly bogus and have no place in a rights-respecting society. Authorities must drop all the charges against them.”

Intimidation and harassment of activists on the rise

These actions constitute intimidation and harassment of individuals in retaliation for the peaceful exercise of their human rights, including the rights to freedom of expression and freedom of association. These actions contribute to the creation of a climate of fear in which individuals are deterred from freely exercising their rights.

Emerlynne Gil said: “The Vietnamese government’s campaign of intimidation and harassment of election candidates and independent voices must end. Moreover, Vietnam’s candidacy to the UN Human Rights Council must lead to greater scrutiny of these violations at the international level.”

Article 4 of the Constitution of the Socialist Republic of Vietnam states that the CPV is “the leading force of the State and Society”. This provision has long been relied upon to justify an effective ban on any political opposition.  In practice, those who express dissent or criticism of the authorities are routinely met with repression in Vietnam.

Amnesty’s December 2020 report, ‘Let Us Breathe! Censorship and Criminalization of Online Expression in Vietnam’ revealed how this repression often occurs in the online sphere and in retaliation for social media activity.

Vietnam announced it will be seeking a seat at the UN Human Rights Council in February 2021. As per the Council’s founding document, General Assembly resolution 60/251, members are elected by UN member states at the General Assembly and “when electing members of the Council, Member States shall take into account the contribution of candidates to the promotion and protection of human rights”.