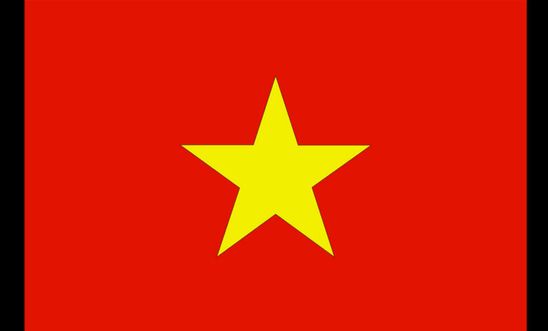 A charge of “insulting the national flag” against prominent Vietnamese human rights activist Huynh Thuc Vy amounts to an attack on freedom of expression by the authorities and must be dropped, Amnesty International said ahead of her trial on Friday.

The charge, which carries a maximum penalty of three years imprisonment, is a disturbing sign of the intensifying crackdown against peaceful dissent in the country.

Huynh Thuc Vy was accused after a photo of her standing next to a Vietnamese flag with white paint splashed over it appeared on her Facebook page.

Over the past year, the crackdown in Vietnam has escalated, with many peaceful activists arrested, tried unfairly and sentenced to years in prison, prompting scores of others to flee the country.

“This ludicrous charge must be dropped as it is aimed solely at silencing a dedicated, peaceful human rights activist.

“This is a politically-motivated prosecution, brought by the authorities in response to Huynh Thuc Vy’s tireless work to expose human rights violations in Vietnam and hold the powerful to account.

“For the authorities to use the charge of ‘insulting the national flag’ to curb peaceful criticism underlines the worsening crackdown on the right to freedom of expression in Vietnam. The real insult here is the lack of respect the authorities are showing for human rights and international law and standards.”

Huynh Thuc Vy is the founder of the organisation Vietnamese Women for Human Rights. She regularly blogs about human rights violations, including the persecution of ethnic minorities in the country.

Her trial is due to take place tomorrow (Friday 30 November) at the People’s Court of Buon Ho town in Dak Lak province.