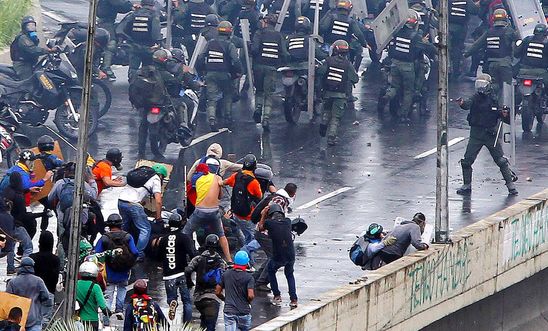 In response to reports that at least 11 journalists were detained in Venezuela this week, Erika Guevara-Rosas, Amnesty International’s Americas Director, said:

“The detention of journalists is a flagrant and deeply concerning attack on freedom of expression and the right to truth, in a vain attempt to prevent the world from seeing the massive human rights violations that the Venezuelan authorities are committing.

“A free press is fundamental for the defense of human rights in any country in the world.

“The Venezuelan authorities must guarantee that journalists are able to work in safe conditions without fear of reprisal, immediately order the unconditional release of all members of the press who remain in detention and refrain from deporting foreign journalists covering the ongoing protests and institutional crisis.”