USA/Afghanistan: there must be accountability for deadly drone strike 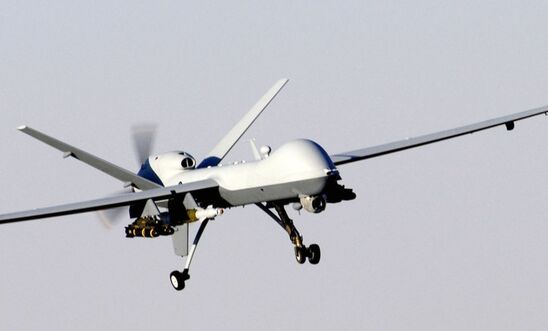 A MQ-9 Reaper drone, heavily used by the US military in Afghanistan © CENTAF News Team

Amnesty International is calling for a credible and transparent investigation into the full circumstances around a US drone attack on a residential neighborhood in Kabul on Sunday which reportedly killed ten members of the same family, including six children.

“The United States has a responsibility to the families of those killed to name the dead, acknowledge its actions, investigate and provide reparations.

“For two decades the United States has carried out strikes with no accountability to the public for how many civilians were killed by US actions in Afghanistan and other countries.

“It is unconscionable that the Biden administration continues airstrikes in this shroud of secrecy.

“This airstrike is a glimpse into the future US involvement in Afghanistan if the Biden administration pushes ahead with an ‘over the horizon’ counter-terrorism programme that does not prioritise civilian protection.”

Amnesty is calling for full reparation to the relatives of those killed in the weekend’s attack, as well as remedy for decades of civilian casualties as a result of United States military operations - including compensation, restitution and rehabilitation. Amnesty is also calling on the US authorities to abide by international law over its future military conduct, not least as the Biden administration is reportedly examining a policy on possible airstrikes outside of armed conflict.