USA: state of Nebraska set to carry out first execution in 21 years 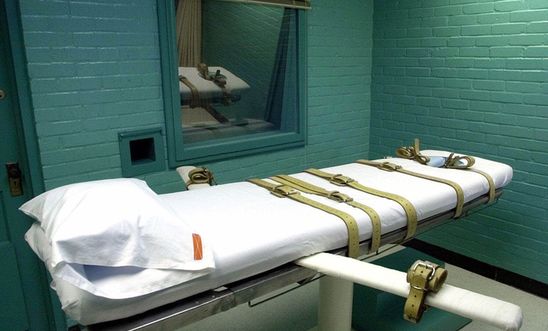 ‘The US capital justice system is fundamentally broken’ - Kristina Roth

Amnesty International is urging the authorities in the US state of Nebraska to cancel plans to carry out its first execution in 21 years.

Prison authorities in the state have scheduled the lethal injection execution of Carey Dean Moore for tomorrow.

Mr Moore, who was sentenced to death for the 1979 murder of two taxi drivers, is not contesting his execution but it could nevertheless be delayed by a lawsuit from a German pharmaceutical company over claims that the state illegally obtained the company’s drugs to use in tomorrow’s lethal injection.

The execution is set to be the first in the USA to use the drug fentanyl as part of a lethal injection.

The last execution in Nebraska took place in 1997, one of only three executions the state has conducted since 1976 - all three were conducted in the 1990s and carried out by electrocution.

Since 1997, seven US states have abolished the death penalty and four others have imposed moratoriums on executions.

Amnesty activists have been calling on Nebraska not to allow executions to resume.

“The death penalty is the ultimate denial of human rights.

“Rather than joining those states that have turned against this cruel and irrevocable punishment, Nebraska chooses to take a backward step that provides no constructive solutions to the challenges posed by violent crime.

“The US capital justice system is fundamentally broken.”

Amnesty opposes the death penalty unconditionally, regardless of the crime or the method of execution used.

Globally, more than 40 countries have abolished the death penalty for all or ordinary crimes since 1997, bringing to 142 the number of countries that are abolitionist in law or practice.