USA: police use of spit hood condemned in 'appalling' death of Daniel Prude 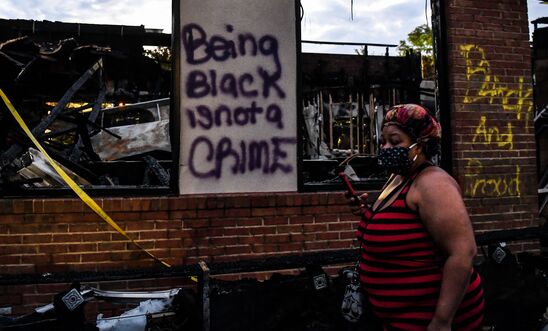 Spit hoods can cause extreme distress and restricted breathing

Responding to recent news of the death of Daniel Prude, an unarmed black man who died in Rochester in New York State in March after police used a spit hood and held him face down for two minutes following a call for help when he was suffering a mental health crisis, Justin Mazzola, Amnesty International USA’s deputy director of research, said:

“The appalling circumstances of Daniel Prude’s death illustrate many of the problems within the police force - including systemic racism, the use of potentially-dangerous spit hoods, and excessive use of force against a man exhibiting signs of mental illness.

“Video footage shows Daniel Prude complying with police orders, yet officers forced a hood over his head and held him face down on the pavement. Instead of de-escalating the situation, police treated Daniel Prude in a distressing and humiliating way.

“Spit hoods can cause extreme distress and restricted breathing. They are especially dangerous when someone is already in crisis, as Daniel Prude appeared to be. This is just one of a number of cases of people being suffocated by police, and illustrates the need for systemic police reform.

“People should not die when they call the police for help.

“There must be a thorough investigation into Daniel Prude’s death, as part of a wide-ranging reform of policing practices. Daniel Prude and his family have a right to justice.”