USA: letter to 3,500 mayors and governors calls for tighter security ahead of inauguration 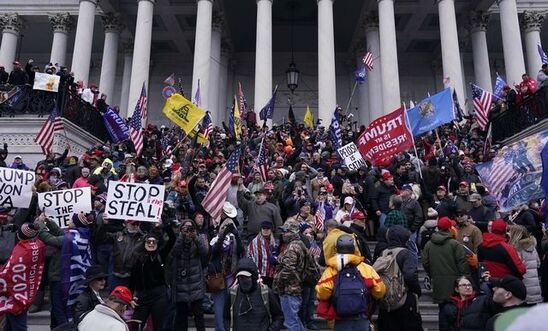 In response to the events of last week and in anticipation of more gatherings by white supremacists ahead of the inauguration, Amnesty International USA has sent a letter to 3,500 US mayors and governors calling on them to protect people from armed groups and to denounce white supremacy.

Amnesty USA’s calls on mayors and governors includes requests that they:

*Publicly condemn and demand accountability for incitement to violence and the enabling and abetting of white supremacy at the highest levels of government, including by President Trump and other government officials

*Temporarily prohibit the open and “concealed carry” of firearms in Capitol buildings and in public - including parks, recreational areas, religious institutions and schools

*Direct police departments to adopt and follow Amnesty’s best practice guidelines on the policing of demonstrations, and ensure that all law-enforcement agencies facilitate freedom of peaceful assembly - without discrimination - particularly in the context of volatile counter-protest situations, with commitments to ensuring transparent investigation and prosecution of unlawful use of force, and vigilantism by armed groups

A lack of restriction on guns, combined with the embrace of white supremacists by Donald Trump and other government officials, continues to put the country at risk of further violence.