USA: fresh call for release of Chelsea Manning exactly one year after conviction 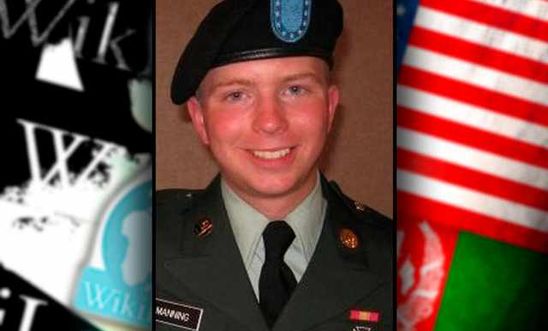 Exactly a year after the US soldier and whistleblower Chelsea Manning was convicted of leaking classified government material, Amnesty International is renewing its call on the US authorities to grant her clemency and release her immediately.

By disseminating classified information via WikiLeaks Manning revealed to the world abuses perpetrated by the US army, military contractors and Iraqi and Afghan troops operating alongside US forces, and Amnesty is calling for these abuses to be investigated as a matter of priority.

After being convicted of 20 separate charges on 30 July last year, Manning was sentenced to 35 years in prison, a sentence much longer than other members of the military convicted of crimes such as murder, rape and war crimes. Amnesty believes the sentence was excessive and should have been commuted to time served, not least because Manning was overcharged using antiquated legislation aimed at dealing with treason, and denied the opportunity to use a public interest defence at her trial.

Before her conviction, Manning had already been held in pre-trial detention for three years, including 11 months in conditions described by the UN Special Rapporteur on Torture as cruel and inhumane. Manning is now engaged with lawyers in fighting her conviction.

Manning has always maintained that her motivation for releasing documents to WikiLeaks was out of concern for the public and to foster a meaningful debate on the costs of war and the conduct of the US military in Iraq and Afghanistan. Notable amongst the information revealed by Private Manning was previously unseen footage of journalists and other civilians being killed in US helicopter attacks in Iraq.

“It is an absolute outrage that Chelsea Manning is currently languishing behind bars whilst those she helped to expose, who are potentially guilty of human rights violations, enjoy impunity.

“The US government must grant Chelsea Manning clemency, order her immediate release, and implement a thorough and impartial investigation into the crimes she uncovered.

“One year after the conviction of Chelsea Manning we are still calling on the US government to grant her clemency in recognition of her motives for acting as she did, and the time she has already served in prison.”

Few protections for US whistleblowers

There is little protection in US law for genuine whistleblowers, and the Chelsea Manning case underlines the need for the USA to strengthen protections for those who reveal information that the public has the right to know. Amnesty believes that it is crucial that the US government also stops using the Espionage Act to prosecute whistleblowers like Manning.