USA: 'cruel' execution in Missouri set to go ahead despite innocence claims 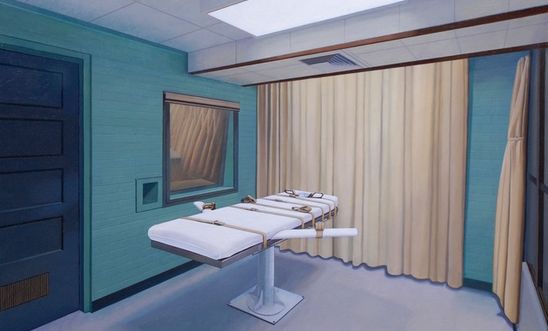 Execution would be first in USA during COVID-19 pandemic

Ahead of the planned execution in the US state of Missouri later today of a man who has proclaimed his innocence through five trials and faces execution despite claims that “compelling” evidence never heard at his trials could have exonerated him, Kristina Roth, Senior Criminal Justice Programme Officer at Amnesty International USA, said;

“The planned execution of Walter Barton demonstrates why the death penalty is far too flawed to ever fix.

“Barton maintains his innocence after it took five trials which lasted over a decade to convict and sentence him.

“He faces execution despite the existence of expert opinion and evidence - never heard by a trial jury - which counters key elements that led to his conviction. This is not justice, it is cruelty.

“Missouri seems to willingly accept the grave risk of executing a person who could be innocent.”

If carried out, the execution of Walter Barton, 64, would be the first in the United States during the COVID-19 pandemic.

In light of serious concerns over Barton’s possible innocence - as well as principled objections to all uses of the death penalty - Amnesty is calling on Missouri State Governor Michael L Parson to grant Barton clemency.

Walter Barton was sentenced to death in 2006 for the murder of an 81-year-old woman - a mobile home park operator - in the city of Ozark in Missouri in 1991. This was the fifth trial in the case and Barton has always maintained his innocence. The first two trials were declared mistrials - the first before the trial started, the second after a jury could not reach a verdict. Two subsequent trials resulted in convictions and death sentences, though these were overturned on appeal due to prosecutorial misconduct. The fifth and final trial resulted in a conviction and a death sentence in 2006.

This last conviction was upheld only by a 4-3 decision by the Missouri Supreme Court in 2007. Supreme Court Judge Michael Wolff, in his dissenting opinion, wrote:

“From the first mistrial in 1993 through three completed trials, post-conviction proceedings, multiple appeals, there is a trail of mishaps and misdeeds that, taken together, reflect poorly on the criminal justice system.”

At his trial, evidence was presented that Barton - along with the victim’s granddaughter and a neighbour - discovered the victim’s body. Barton informed police that small blood stains found on his clothing were likely to have occurred when the granddaughter moved toward the body and he attempted to hold her back, with both slipping in the blood-drenched room.

For the prosecution, an expert claimed that stains on Barton’s clothes came from impact against a blood source causing spatter, and could not have been deposited in the way described by Barton.

However, a certified crime scene and bloodstain pattern examiner conducted a full analysis of the same clothing for a later federal appeal. The examiner determined that none of the stains were the result of impact spatter, but instead were consistent with Barton’s original explanation. The expert also said the clothing taken from Barton could not have been that worn by the killer because there were only a few, very small bloodstains, whereas the killer’s clothes would have been soaked in blood because of the nature of the wounds inflicted on the victim.

Three trial jurors have recently signed affidavits indicating that the new blood analysis would have been “compelling” to them had it been presented at trial. Other evidence, again never heard during the trials, also appears to undermine the credibility of a key witness - a prison informant.

Since 1973, 167 people have been exonerated from US death rows on the grounds of innocence.