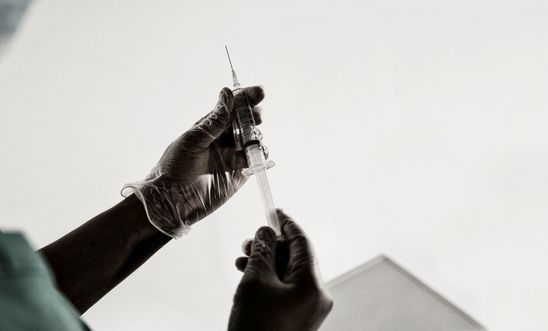 With its supply of lethal injection drug midazolam set to expire at end of April, Arkansas in ‘shameful race to beat a drug expiration date’ - Erika Guevara Rosas

The US state of Arkansas must halt the execution of eight death row prisoners - seven of whom are due to be killed in an 11-day period this month - Amnesty International said today, highlighting legal concerns and the fact that two of the men have serious mental disabilities.

Arkansas has not carried out an execution for more than a decade, but plans to execute two men per day on 17, 20 and 24 April, and one man on 27 April, because its supply of the controversial execution drug midazolam will expire at the end of the month.

Don Davis, 54, and Bruce Ward, 60, are scheduled to be killed on Monday 17 April; Ledell Lee, 51, and Stacey Johnson, 47, on Thursday 20 April; Marcel Williams, 46, and Jack Jones, 52, on Monday 24 April; and Kenneth Williams, 38, on Thursday 27 April. Although a federal judge has blocked the execution of 40-year-old Jason McGehee, he remains under threat of execution even if not on 27 April as originally scheduled.

Amnesty has been calling on Arkansas Governor Asa Hutchinson to commute all eight death sentences.

In some of the cases, serious legal failings meant jurors had a worryingly incomplete picture of who they were being asked to sentence to death. In others, the prisoners have been diagnosed with serious mental disabilities, meaning their executions would be contrary to international law. At the trial of Jack Jones, for example, the jurors did not know he had been diagnosed with bipolar disorder shortly before the crime. Bruce Ward, who has spent more than 25 years on death row, was diagnosed in 2006, 2010, 2011 and 2015 with paranoid schizophrenia. The doctor described his persecutory and grandiose delusions, and said that he does not have a rational understanding of his punishment.

It is a violation of the US Constitution to execute someone who does not understand the reason for, or the reality of, their punishment. The execution of people with mental disability is prohibited by international law.

In the case of Marcel Williams, the jury was left entirely in the dark about his childhood of appalling poverty, deprivation and abuse. The only judge to consider this mitigation concluded that the defendant had been utterly failed by his trial lawyers.

“It is not too late for Arkansas to halt these executions.

“The conveyor belt of death which it is about to set in motion proves how out of step it is with the rest of the world when it comes to state-sanctioned killing, which is on the decline globally as more and more governments, and more US states, recognise it for the cruel anachronism it is.

“Taken together, these cases could serve as a textbook guide to the problems with the death penalty: arbitrariness, inadequate legal representation, questionable prosecutorial tactics and racial and economic discrimination have all played their part in this raft of death sentences.

“Just four months after the USA recorded its lowest execution total for a quarter of a century, Arkansas is preparing to buck this positive trend in a shameful race to beat a drug expiration date.”

On 6 April, the Arkansas parole board voted that Governor Hutchinson should commute the death sentence of Jason McGehee, who was scheduled to be executed on 27 April. On the same day, a US District Court judge issued an order preventing the authorities from carrying out McGehee’s execution until the board’s recommendation has been kept open for 30 days, as required under state law, and the governor has acted on the recommendation. It is not clear if the state will appeal against the judge’s order.

The last execution in Arkansas - its 27th since 1977 - was carried out on 28 November 2005. If Arkansas carries out these eight executions in April, it would in a week-and-a-half add 30% to its total judicial death toll of the past four decades, and it would be killing nearly a quarter of its current death row population.

Executions were previously on hold in Arkansas because of legal challenges over its use of lethal injections. Once the state’s current supply of midazolam expires it may prove extremely difficult for the state authorities to replace it because of concerns about its role in recent “botched” executions. There have been a number of recent cases where death row prisoners who had been given midazolam began writhing, gasping and struggling in agony for prolonged periods of time before dying.

For more on the eight cases, see:

USA’s reduced use of the death penalty

Amnesty’s annual global report on the death penalty, published earlier this week, shows that for the first time in a decade the USA is not among the world’s five biggest executioners. Last year saw the lowest national execution total - 20 - in the USA in a quarter of a century.