USA: $2.9bn drones sale to UAE should be halted 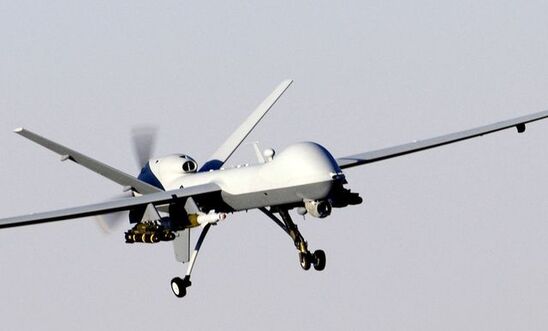 Ahead of plans by the United States to sell 18 armed aerial drones worth approximately $2.9bn to the United Arab Emirates, Philippe Nassif, advocacy director for the Middle East and North Africa at Amnesty International USA, said:

“These US drones could be responsible for UAE attacks that violate international humanitarian law, and kill - as well as injure - thousands of Yemeni civilians already bearing the brunt of the one of the world’s most devastating humanitarian catastrophes.”

Amnesty is calling on the United States to immediately halt transfers of all arms, equipment and military assistance to all parties to the conflict where there is a clear risk that they will be used to carry out breaches of international humanitarian law in the Yemen conflict.

Since Saudi Arabia and UAE-led coalition airstrikes in Yemen began in March 2015, Amnesty has investigated dozens of airstrike sites in eight Yemeni governorates and repeatedly found remnants of munitions manufactured in the USA. US-manufactured Raytheon Paveway bombs examined by Amnesty have struck hospitals, schools and civilian homes - killing healthcare providers, teachers and entire families - including children as young as two.

This sale would mark the first armed drone export since the Trump administration reinterpreted an arms agreement to allow US contractors to sell more arms and ammunition. It would also add to the worrying proliferation of this advanced weapon, which has been used around the world for unlawful killings.

Drone sales to the UAE are particularly worrying as Amnesty has acquired extensive evidence that the UAE has used armed drones in Libya, in breach of a longstanding UN arms embargo. Drones have been used to target civilian homes and health facilities, including field hospitals and ambulances.