Ukraine/Russia: The rights of Ukrainian prisoners of war from Azovstal must be protected 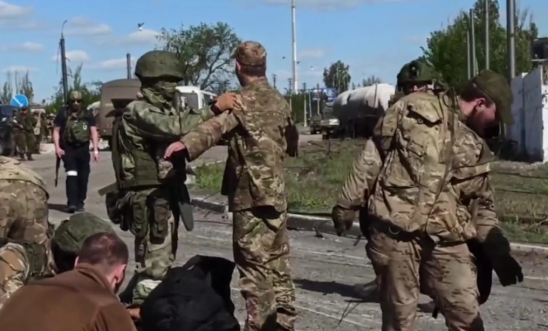 Responding to the news that the Ukrainian soldiers who were besieged in Mariupol’s Azovstal steel plant for months have surrendered themselves to Russia’s armed forces, Denis Krivosheev, Amnesty International’s Deputy Director for Eastern Europe and Central Asia, said:

“Ukrainian soldiers in Mariupol have been dehumanised by Russian media and portrayed in Putin’s propaganda as ‘neo-Nazis’ throughout Russia’s war of aggression against Ukraine. This characterisation raises serious concerns over their fate as prisoners of war.

“Amnesty has documented summary killings of captives by Russia-backed separatist forces in eastern Ukraine, as well as the extrajudicial executions of Ukrainian civilians by Russian forces in recent weeks. The soldiers who surrendered today must not meet the same fate.

“Prisoners of war must not be subjected to any form of torture or ill-treatment and should be given immediate access to the International Committee of the Red Cross. The relevant authorities must fully respect the rights of prisoners of war in accordance with the Geneva conventions.”

End of the resistance

Ukraine‘s armed forces confirmed today that the Ukrainian soldiers who were holed up in Mariupol’s besieged Azovstal steel works had been ordered to surrender to Russia-led forces.

According to Ukrainian Ministry of Defense, 264 soldiers, including 53 wounded servicemen, have already left Azovstal and now are being held in Novoazovsk and Olenivka, two villages under the control of the self-proclaimed Donetsk People’s Republic.