Ukraine: concern at prisoners of war appearing at press conferences 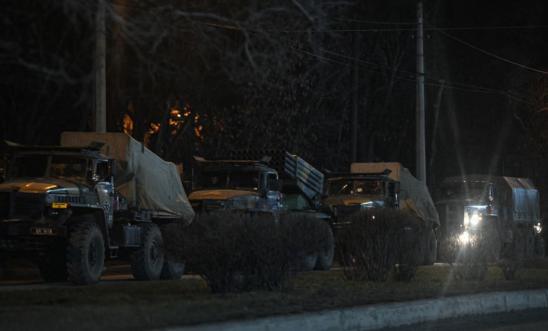 Russian PoWs have been featured at Ukrainian press conferences

Prisoners of war in the Russian invasion of Ukraine must have their rights respected under the Third Geneva Convention, Amnesty International said today.

In recent days, the Ukrainian authorities have brought Russian prisoners of war to press conferences to discuss their roles in the military invasion, and videos on social media have also shown captured soldiers contacting family members in Russia.

Videos of captured Ukrainian soldiers have also appeared on social media, though it is not yet clear if these have official sanction.

“As the conflict continues, it is essential that all parties to the conflict fully respect the rights of prisoners of war.

“Any public appearances can put prisoners of war at risk when they are returned to their home country, and also prove problematic for their families whilst they are detained.

“Article 13 of the Third Geneva Convention explicitly states that prisoners of war must be protected at all times, particularly from public curiosity.

“It is duty of the detaining power to ensure these prisoners’ rights are properly respected from the moment they are captured.”

Among other things, Article 13 of the Third Geneva Convention specifies that “prisoners of war must at all times be protected, particularly against acts of violence or intimidation and against insults and public curiosity”. The authoritative commentary by the International Committee of the Red Cross explains that “any materials that enable individual prisoners to be identified must normally be regarded as subjecting them to public curiosity and, therefore, may not be transmitted, published or broadcast”.