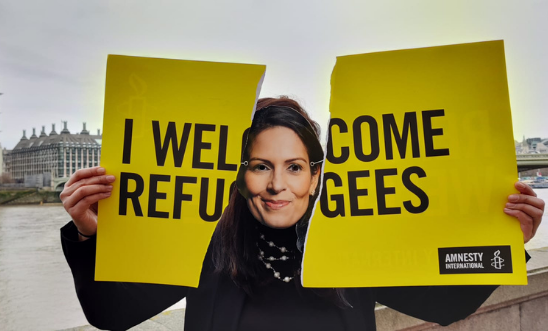 “​No doubt the adjournment has proved necessary to ensure a fair hearing, but the Government ought not to be spending so much court and public resources on pursuing this dreadful policy.

“It’s patently obvious that many people threatened with expulsion to Rwanda are fleeing conflict and persecution and have sought asylum in this country after already suffering numerous traumas.

“There is no evidence to suggest that this deal can dismantle people smuggling rings – in fact, the evidence indicates it will create repeat business for people smugglers and traffickers as seen by the collapsed Israeli attempt to transfer Eritrean and Sudanese refugees to Rwanda.

“Instead of rounding up people with the intention of flying them 4,000 miles away to an uncertain future, the UK government should be working in cooperation with the French authorities to share responsibility for the needs of people seeking asylum in northern France ​- including providing safe routes into the UK asylum system, particularly those with family and other strong connections here.”