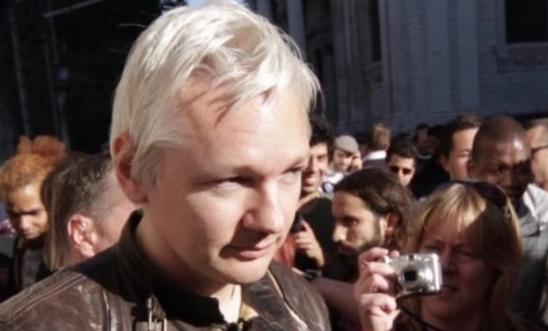 Prolonged solitary confinement is common in US maximum-security jails

If the Home Secretary certifies the US request to extradite Julian Assange it will violate the prohibition against torture and set an alarming precedent for publishers and journalists around the world, Amnesty International said today, following the Westminster Magistrates’ Court decision this morning to issue an order to extradite the WikiLeaks founder to the United States.

The case will now be sent to the Home Secretary, Priti Patel, who will decide whether to certify the US request by 18 May.

“The UK has an obligation not to send any person to a place where their life or safety is at risk and the Government must not abdicate that responsibility.

“The US authorities have flatly stated that they will change the terms of Assange’s imprisonment in a federal facility whenever they see fit. This admission places Julian Assange at great risk of prison conditions that could result in irreversible harm to his physical and psychological wellbeing.

“The extradition of Julian Assange would also be devastating for press freedom and for the public, who have a right to know what their governments are doing in their name.

“Publishing information that is in the public interest is a cornerstone of media freedom.

“Extraditing Julian Assange to face allegations of espionage for publishing classified information would set a dangerous precedent and leave journalists everywhere looking over their shoulders.

“The charges against Assange should never have been brought in the first place. It is not too late for the US authorities to set things right and drop the charges.

“In the meantime, given the politically-motivated nature of the case and its grave implications for freedom of expression, the UK should refrain from representing the USA in any further appeals.”

Prolonged solitary confinement is a regular occurrence in the USA’s maximum-security prisons. The practice amounts to torture or other ill-treatment, which is prohibited under international law. The assurances of fair treatment offered by the USA in Julian Assange’s case are deeply flawed and could be revoked at any time. Extradition to the USA would put Assange at risk of serious human rights violations, and hollow diplomatic assurances cannot protect him from such abuse.

If the UK government allows a foreign country to exercise extraterritorial criminal jurisdiction to prosecute a person publishing from the UK, other governments could use the same legal apparatus to imprison journalists and silence the press far beyond the borders of their own countries.