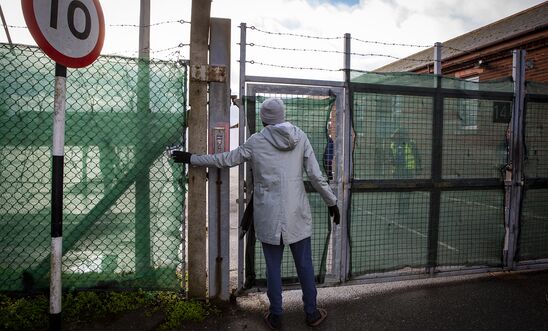 A young male asylum seeker using the only entrance to get inside Napier Barracks, 12 January 2021, Folkestone, United Kingdom. Over 400 asylum seekers are being kept at Napier Barracks in unsuitable, cold accommodation, they are experiencing mental health © Andrew Aitchison/In pictures via Getty Images

In response to the news that the Home Office will send more asylum seekers to ‘unsuitable’ Napier Barracks, Steve Valdez-Symonds, Refugee and Migrant Rights Director at Amnesty International UK, said:

“After alarms have been raised repeatedly about health concerns at Napier Barracks - not least the possibility of coronavirus ravaging through the camp - it’s almost unbelievable that the Home Office is now seemingly intent on sending more people there.

“No-one should be forced to live in the squalor and inhumane conditions of Napier Barracks, never mind potentially vulnerable people who may already have suffered torture and trauma.

“As with the Government’s recently announced immigration plan, ministers are not only getting this wrong but seem determined to do so.

“What we are seeing over and over again is ministers and Home Office officials showing a complete lack of care and concern for people caught up in an increasingly punitive immigration system.”