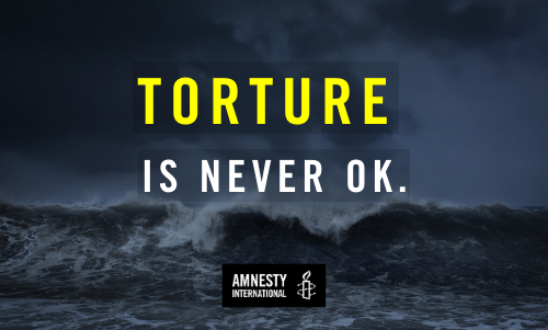 Responding to news that the UK Government’s controversial Overseas Operations Bill has received Royal Assent – but only after the Government removed plans which would have meant a presumption not to prosecute troops accused of war crimes, crimes against humanity, genocide and torture after five years – Kate Allen, Amnesty International UK’s Director, said:

“It’s a relief that the UK Government has conceded that whoever commits war crimes, torture, genocide and crimes against humanity should remain accountable – regardless of whenever and wherever they do so.

“However, we should never have come so close to them being effectively decriminalised. The fact these proposals even got this far has done lasting damage to the UK’s international reputation.

“It’s also worrying that plans remain in place to ‘review’ the Human Rights Act, amongst other changes, that would put people in danger and make it harder to persuade other countries not to abuse rights.

“The UK Government needs to stop its attack on human rights at home before even more damage is done.”

Overseas Operations Bill
The Overseas Operations Bill would have drastically restricted the possibility of prosecutions being brought against UK soldiers for torture and war crimes committed overseas by introducing a “statutory presumption against prosecution” after five years. Its apparent intention was to stop prosecutors from mounting otherwise legitimate cases, effectively putting troops beyond the reach of the law.

The Bill was strongly criticised – including by senior military figures and former Defence Secretary Sir Malcolm Rifkind and former Attorney-General Dominic Grieve – but the Government claimed the legislation was needed to prevent ‘vexatious’ prosecutions.

However, the Government was unable to provide evidence of ‘vexatious’ prosecutions, and conceded to the Joint Committee on Human Rights that of 27 prosecutions brought since 2000, none were deemed unmeritorious or vexatious.

To date, 25,000 people have called for the Bill to be dropped at: www.amnesty.org.uk/warcrimes