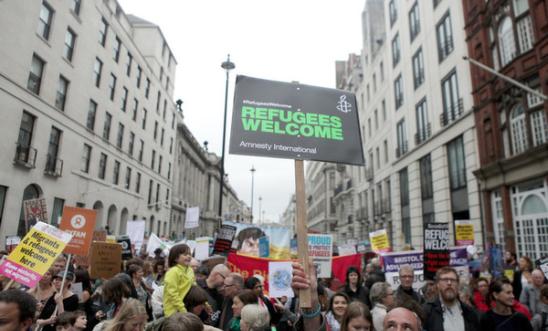 “Today’s announcement could not be clearer – the UK government is flaunting a fundamental absence of humanity with no regard for people fleeing danger, violence or war.

“Banishing people to Rwanda, which has an appalling human rights record, is the same as the UK tearing up its commitment to give people who need asylum sanctuary. It does not matter where they come from or what their sex is or whether they are single.

“Not only is this a fundamental repudiation of obligations the UK shares with other countries to provide asylum, but this so-called partnership is a dismal repeat of an abandoned deal struck by Israel when it ‘persuaded’ people seeking asylum to relocate to Rwanda. Instead of safety, they faced abuse, trafficking, starvation and threats of being returned to countries they were fleeing from torture.

“The Government is rapidly destroying the UK asylum system at great cost to the taxpayer. If it is serious about tackling smugglers and traffickers it needs to target them, not their victims, and provide real alternatives for people to seek and receive asylum in the UK - none of which it currently does.”