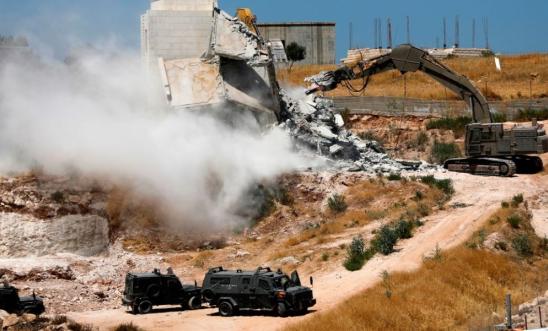 Games, which begin this evening, claim to ‘foster the spirit of friendship’

US company has been named and shamed by United Nations

Amnesty International is calling on the organisers of the Commonwealth Games in Birmingham to conduct a “health check” on all of the event’s corporate partners, with Amnesty saying that the US letting company Airbnb is using the event to try to “sportswash its image”.

Airbnb is the event’s “Official Hosting Provider” despite continuing controversy over the US company’s business practices in the Israeli-occupied Palestinian Territories.

Airbnb has been heavily criticised in recent years for listing around 200 rental properties located in Israel’s illegal settlements in the occupied West Bank, a practice which has seen the company listed on a UN database of firms which are in breach of their human rights responsibilities in this respect.

“The Commonwealth Games should have conducted a health check on all its corporate partners to weed out any that fail to meet appropriate ethical criteria, including those that contribute to ongoing human rights violations at home or abroad.

“Airbnb is helping to prop up Israel’s system of apartheid by listing properties in the illegal Israeli settlements built on stolen Palestinian land, so it’s extremely disappointing the Commonwealth Games has allowed Airbnb to try to sportswash its image through an event supposedly promoting the spirit of friendship.

“Airbnb’s business operations in the Israeli-occupied Palestinian Territories has already seen it named and shamed by a UN database, so it’s doubly inexcusable for the Commonwealth Games to allow the company this opportunity to rehabilitate itself.

“With the games about to commence, it may now be too late to evict Airbnb from the event but at the very least CEO Ian Reid should issue a statement distancing the Commonwealth Games from Airbnb’s completely unacceptable behaviour in the Occupied Palestinian Territories.”

According to its website, Birmingham 2022 will “shine a light on this vibrant corner of the Commonwealth and work to improve health and wellbeing. This is an event that will help the West Midlands to grow and succeed, be a catalyst for change, and foster the spirit of friendship, athleticism and competition.”

In 2018, Airbnb announced it would remove listings for some 200 rental properties in Israeli settlements in the occupied West Bank, “at the core of the dispute between Israelis and Palestinians”. The company said one of the principles it applied when making the decision had been to “evaluate whether the existence of listings is contributing to existing human suffering”. However, in April 2019, Airbnb reversed this decision following a number of lawsuits and said the company would allow the listings to remain but would “take no profits from this activity in this region”.