UAE: Princess Latifa's 'chilling' video messages must be acted on 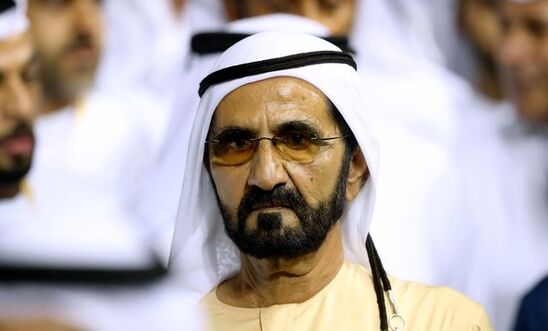 “The contents of the videos Sheikha Latifa recorded are chilling, and we are extremely concerned for her safety, as friends say all contact with her stopped in recent months.

“Sheikha Latifa has been subjected to a catalogue of human rights violations - including abduction, forcible return and being held incommunicado for almost three years now. Dubai and the UAE must immediately ensure she is released, and respect her freedom of movement.

“Amnesty International calls on the international community to turn its attention to Sheikha Latifa’s pleas for help; the UN’s public statement that it will raise the issue with the authorities is welcome, as would be a visit by the Working Group on Arbitrary Detention to investigate her continuing detention. The UAE has in effect closed its doors to the scrutiny of UN experts on civil and political rights since 2014.

“Sheikha Latifa’s case also lends itself to a broader examination of the UAE’s human rights record.

“The UAE authorities operate a policy of systematic repression of any form of dissent or criticism. Since 2011, the authorities have systematically cracked down on their critics, including activists, judges, lawyers, academics, students and journalists by way of arbitrary detentions, and crimes under international law, including enforced disappearance, torture and other-ill-treatment. Sheikha Latifa’s case is simply the most public example of this alarmingly oppressive climate.”

Yesterday’s Panorama programme featured a number of videos sent by Sheikha Latifa to her friends while in detention. In one video, she described herself as a “hostage”, saying:

“I’m in a villa, I’m a hostage, and this villa has been converted into a jail, all the windows have been barred shut, I can’t open any window.”

Sheikha Latifa Mohammed bin Rashid Al Maktoum has been held under house arrest for almost three years after an attempt to flee her family. In March 2018, she was abducted at sea off the Indian coast and forcibly returned to Dubai. Last year, the High Court in London found that Sheikh Mohammed bin Rashid Al Maktoum, the Emir of Dubai, had abducted, detained and subjected his daughter Sheikha Latifa to sustained ill-treatment.

Sheikha Latifa had made a much earlier bid to escape from her family in 2002, attempting to flee to Oman. She was apprehended and imprisoned by her father for three years and tortured. According to media reports, during the summer of 2000 one of Latifa’s sisters - Sheikha Shamsa Al Maktoum - also briefly ran away from her family while visiting the UK, before being kidnapped in Cambridge by retainers of the Dubai royal court.