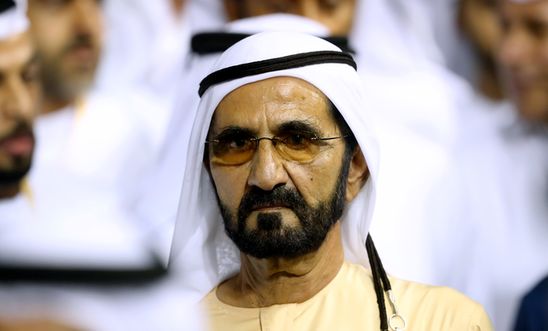 “This ruling is a long-overdue step towards justice for Sheikha Latifa, who has been held incommunicado for two years now.

“Dubai and the UAE must now allow her to speak and travel freely, including seeking asylum abroad, if she wishes to do so.

“Throughout the hearing, Sheikh Mohammed bin Rashid has insisted these are ‘private family matters’ - but state-sanctioned abduction and inhuman treatment is not a family affair. It is a serious human rights violation, and a matter of international concern.

“Federal law in the UAE leaves women unprotected and undermined, which too often leaves them vulnerable to abuse by male family members.”

The judgment by the UK High Court of Justice’s Family Division confirms Amnesty’s findings with regards to the UAE’s abduction, detention and abuse of Sheikha Latifa.

Sheikha Latifa made two unsuccessful attempts to flee her family. After the first attempt to flee to Oman in 2002, she was imprisoned by her father for three years and tortured. In the second attempt in March 2018, she was abducted at sea off the Indian coast and forcibly returned to Dubai, where she remains under house arrest. Amnesty investigated and reported on this incident based on the available documentation and witness accounts from those aboard the “Nostromo”, the boat from which she was seized in international waters while trying to flee the UAE.

According to media reports, during the summer of 2000 one of Latifa’s sisters - Sheikha Shamsa Al Maktoum - also briefly ran away from her family while visiting the UK, before being kidnapped in Cambridge by retainers of the Dubai royal court.

“We've always believed that Cambridgeshire police needed to investigate Princess Shamsa’s alleged kidnapping for as long as there was credible evidence of wrongdoing.

“Yesterday’s High Court judgement would appear to support the case for a fresh - or re-energised - investigation into what happened to Princess Shamsa on a Cambridge street 20 years ago.”