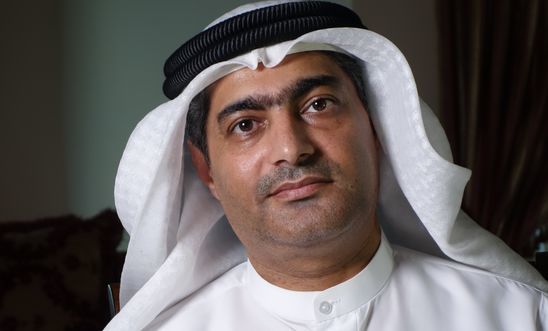 Responding to reports that prominent Emirati human rights defender Ahmed Mansoor has been on hunger strike for more than three weeks in protest at his prison conditions and the unfair trial that led to his jailing, Lynn Maalouf, Amnesty International’s Middle East Research Director, said:

“It is clearly not enough for the UAE authorities to have wrongly convicted and sentenced Ahmed Mansoor to ten years behind bars. It seems they want to further crush him by making his life in prison unbearable, including by keeping him in solitary confinement since his arrest two years ago.

“As a human right defender, arrested solely for peacefully exercising his right to freedom of expression, Ahmed Mansoor should never have been tried and imprisoned in the first place, and we are greatly concerned that his lengthy hunger strike will result in the deterioration of his health.

“Ahmed Mansoor’s only ‘crime’ was to express his peaceful opinions on social media. It is outrageous that the authorities are so vindictive towards him, especially after branding 2019 the ‘year of tolerance’.  He should be released immediately and unconditionally.

“Pending his release, the UAE authorities must ensure that Ahmed Mansoor’s detention conditions are improved in line with international standards and that he has immediate and regular access to his family and any healthcare he may require.”

Ahmed Mansoor is a blogger, poet and prominent, much-persecuted human rights defender who received the prestigious Martin Ennals Award for Human Rights Defenders in 2015. On 20 March 2017 he was arrested at his home in the emirate of Ajman in the UAE, and a year later his trial started before the State Security Chamber of the Federal Appeal Court.

He was convicted on charges including “insulting the status and prestige of the UAE and its symbols”, including its leaders, “publish[ing] false information to damage [the] UAE’s reputation abroad” and “portray[ing] the UAE as a lawless land”.

On 29 May 2018, he was sentenced to ten years’ imprisonment and a fine of 1,000,000 Emirati Dirhams (approximately £200,000). The court also ordered that he be placed under surveillance for three years after his release. On 31 December 2018, his conviction and sentence were upheld by the UAE’s Supreme Court.