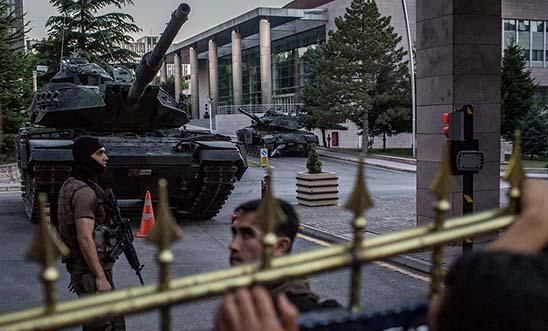 “From day one, Amnesty International has repeatedly condemned the appalling violence committed by those behind the 15 July failed coup attempt. The organisation has called for the Turkish Government to bring the coup plotters to justice.

“At the same time Amnesty International has urged the Turkish authorities to respect the rule of law and the rights of all those detained. The Government must release all detainees unless there is a reasonable suspicion that they have committed a recognisable criminal offence.

“The serious human rights violations documented by an Amnesty International team on the ground in Turkey are alarming. These findings are based on detailed interviews with lawyers, doctors, family members and an eyewitness to torture in a detention facility.

“The sheer number of people affected by the ongoing crackdown in Turkey is shocking. It would be tragic if some hard-won gains, such as combatting torture, were to be lost.”

Amnesty has requested and held meetings with the Turkish Government and hopes to continue this dialogue. Meanwhile, Amnesty reiterates its call for independent monitors to be given immediate access to detainees in all places where they’re being held in Turkey.

Amnesty is an impartial and independent organisation with offices and research teams around the world, including in Turkey where a team conducted an investigation on the ground for its reporting on the abuse of detainees following the failed coup. Amnesty will continue to document abuses and violations in Turkey, as it does around the world.