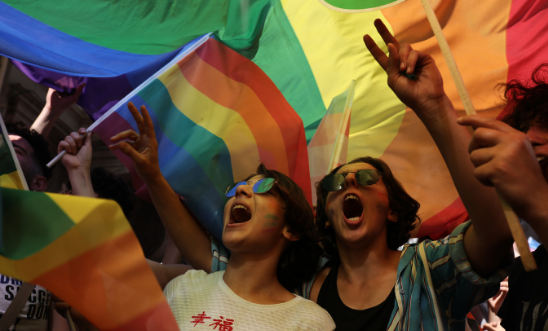 Responding to today’s decision by Ankara Criminal Court to acquit 18 students and an academic who were prosecuted for taking part in a campus-based Pride parade in May 2019, Massimo Moratti, Amnesty International’s Europe Deputy Director, said:

“Today’s verdict is a victory for justice, but this protracted legal battle should never have happened.

“More than two years ago, a peaceful Pride march in Ankara was met with police using pepper spray, plastic bullets and tear gas, and participants were rounded up and dragged through the courts.

“Today we take a moment to rejoice - but tomorrow we will continue the struggle to end the crackdown on human rights in Turkey, and redouble our efforts to protect freedom of expression and peaceful assembly.”

The 18 students and an academic at the Middle East Technical University (METU) faced prison sentences of up to three years simply for organising and participating in a Pride march on campus that the university management had unlawfully banned.

Despite appeals to ensure the march went ahead, the university authorities called the police to disperse the students on the day. As they peacefully sat on the lawn, students were targeted with pepper spray, plastic bullets and tear gas. Several were injured, and many were arbitrarily detained.

The 19 were charged with “participating in an unlawful assembly” and “failing to disperse despite being warned”. This is despite the fact that in February 2019, the Ankara Administrative Appeals Court had lifted the blanket ban prohibiting all LGBTI+ activities in Ankara introduced under the state of emergency, which university management relied on as the legal basis to stop the annual campus-based march from going ahead.