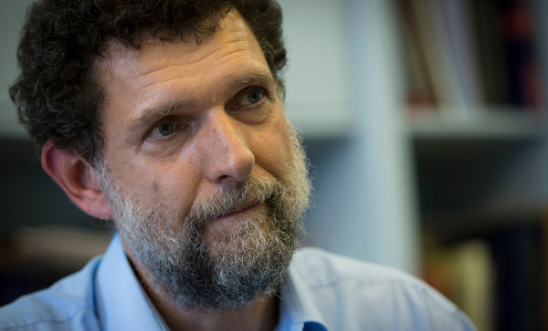 Responding to the decision by a majority vote of the Council of Europe Committee of Ministers to begin the formal process of infringement against Turkey for failing to release Osman Kavala, a prominent human rights activist in the country, Nils Muižnieks, Amnesty International’s Europe Director, said:

“The message from the Committee of Ministers to Turkey is crystal clear: Turkey’s failure to ensure the immediate release of Osman Kavala and end his politically motivated prosecution is an unacceptable breach of the country’s human rights obligations.

“After more than four years behind bars on politically motivated charges, he must be allowed to finally return home to his family.

“Two years ago, the European Court of Human Rights found that Osman Kavala’s right to liberty was violated with the ulterior purpose of silencing him and called for his immediate release. Instead of implementing this ruling, prosecutors have consistently looked for crimes to pin on him, bringing farcical charges without any evidence. Each twist and turn of this saga of injustice has pointed at the deeply politically motivated nature of the case, as clearly identified by the European Court.”

The Committee of Ministers notified Turkey yesterday of its intention to refer the non-compliance by Turkey to the Court at its meeting on 2 February 2022, asking Turkey to submit its response by 19 January at the latest.

On 2 December, the Committee of Ministers adopted an Interim Resolution finding that by failing to ensure Osman Kavala’s “immediate release, Turkey is refusing to abide by the final judgment of the Court in the present case”. The Committee decided to serve formal notice on Turkey of its intention, at its meeting on 2 February 2022, to refer to the Court, the question whether Turkey has failed to fulfil its obligation under Article 46, paragraph 1, of the European Convention on Human Rights.

Infringement proceedings for failure to implement the judgments of the European Court of Human Rights have only once before been initiated, against Azerbaijan. This process begins with the formal notification of the country by a two-thirds majority vote at the Council of Europe’s Committee of Ministers. Turkey was served this formal notice yesterday.

The Interim Resolution can be found here.

Osman Kavala’s next hearing will take place on 17 January 2022.