Turkey: convention on combating violence against women must not be abandoned 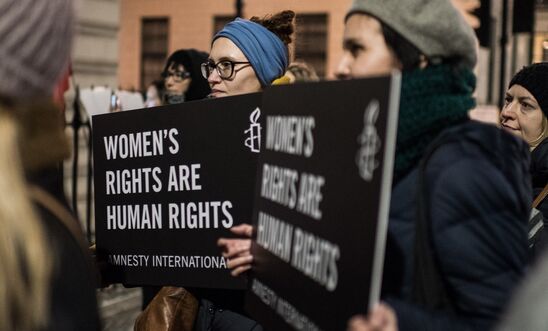 The Turkish authorities must implement the treaty preventing violence against women and girls, Amnesty International said today, as it warned there would be “disastrous consequences for millions” if the country were to withdraw from the Istanbul Convention.

Country-wide demonstrations are expected tomorrow by campaigners calling on the authorities to fully implement the Convention that has been signed by 45 of the Council of Europe Member States and ratified by 34 of them.

The demonstrations come ahead of a debate on the Istanbul Convention by Turkey’s ruling AKP party’s Central Executive Committee.

The Istanbul Convention is the first European treaty specifically targeting violence against women and domestic violence. Turkey was the first country to ratify the treaty. It was opened for signature in May 2011 in Istanbul and entered into force in August 2014. No state has ever withdrawn from it.

During the COVID-19 pandemic, there have been several high-profile murders and rapes of women in Turkey by men, including current or former partners.

“There is a bitter irony to the fact that the Turkish authorities are considering withdrawing from a Convention bearing the name of its most iconic city.

“This discussion is deeply worrying, coming at time when COVID-19 measures, such as lockdown, have led to a spike in reports of violence against women and girls with many women and girls trapped at home with their abusers or unable to easily access safety and support services.

“Turkey’s withdrawal from the Convention would have disastrous consequences for millions of women and girls in the country and to organisations providing vital support to survivors of sexual assault and domestic violence. Even the discussion of a possible withdrawal is having a huge adverse impact on the safety of women and girls.

“Rather than becoming the first Council of Europe Member State to withdraw from the Convention, Turkey should ensure the treaty is fully implemented and take immediate action to better protect and promote the rights of women and girls.”