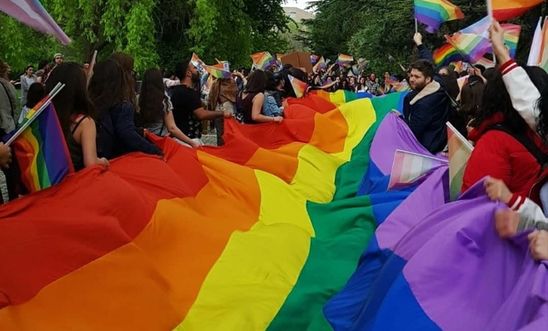 Thousands expected to defy the ban on Sunday

Amnesty International has called on the authorities in Istanbul to lift a ban on this weekend’s scheduled Pride march.

Despite the ban - the latest in a series of anti-Pride prohibitions imposed by the Turkish authorities - thousands of people are expected to gather on the streets of Turkey’s biggest city on Sunday.

“On Sunday, thousands will take to the streets of Istanbul, defying an unlawful ban and possibly braving plastic bullets, teargas and police batons, to celebrate Pride.

“By rejecting all suggested locations in the city, including designated protest areas, the authorities have exposed what really lies behind this ban.

“It has nothing to do with security or public order concerns; it is instead a naked attempt to erase the public collective presence of a group which, in the words of the Governorate, is deemed to be ‘societally objectionable’.

“There is still time for the authorities to do the right thing and ensure Istanbul’s annual celebration of love, inclusion and diversity takes place free from state harassment and intimidation for the first time since 2015.

“This year we call on the authorities to ensure that there is only joy - and not blood - on the streets this weekend.”