Tunisia: authorities must come clean over abduction of Algerian activist 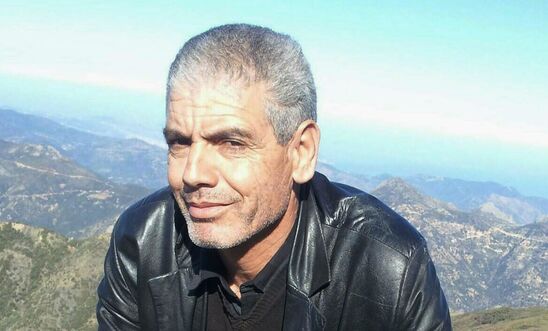 Slimane Bouhafs, an Algerian Christian convert and UNHCR-recognised refugee, was apparently abducted in Tunis on 25 August

The Tunisian authorities must conduct a prompt and thorough investigation into the circumstances surrounding the forced return to Algeria of Slimane Bouhafs, an Algerian activist with UN refugee status in Tunisia who was apparently abducted in Tunis last week, said Amnesty International.

Under international human rights law, Tunisia must protect refugees and must not expel or return them to a country where they face persecution. Amnesty is calling on the Algerian authorities to release Bouhafs and allow him to leave Algeria.

A member of Bouhafs’ family - who asked not to be named for fear of retaliation - told Amnesty that their relative was abducted in the Hay Tahrir neighbourhood of Tunis at 1pm on 25 August. Neighbours witnessed three men in plainclothes with a black car parked in front of his house.

"The driver of the vehicle stayed inside while three others went to his apartment and forced him out. One of them was holding a suitcase which apparently contained his belongings, and then they left. The neighbours immediately went to the police and gave their testimonies.”

For four days, the family did not know Bouhafs’ whereabouts and feared he had been forcibly disappeared by the Algerian or Tunisian authorities, or by non-state armed groups. On 29 August, the family learnt through informal connections that he was in custody in a police station in Algiers. On 1 September, he appeared before the investigative judge of the Sidi M'hamed tribunal in Algiers, and was remanded in prison on six charges - charges which have not been disclosed. Neither the Tunisian nor the Algerian authorities have issued any form of statement about Bouhafs, nor have they clarified whether he was expelled or extradited to Algeria pursuant to a request from the Algerian government.

In 2016, Bouhafs, an Algerian Christian convert, was sentenced by a court in Algeria to three years for “offending the Prophet” and “denigrating the creed and precepts of Islam” in connection with posts on Facebook. He was denied access to a lawyer throughout his initial trial and was only able to access legal counsel during his appeals trial. Bouhafs spent almost two years in prison and was released in 2018 after a presidential pardon. He subsequently went to Tunisia and was recognised as a refugee by the UN Refugee Agency (UNHCR) in 2020.

In an official response to his abduction, UNHCR said it was “gravely concerned about reports of the forced removal to his country of origin of a refugee recognised by UNHCR in Tunisia”. His family believes Bouhafs is at grave risk of mistreatment in Algerian prisons where he has previously been subjected to ill-treatment.

“After facing two years of unjust imprisonment in Algeria, Slimane Bouhafs went to Tunisia seeking safety, but it seems he was not far enough out of the Algerian government’s reach.

“The Tunisian government shares responsibility for his fate and should come clean about its role in his abduction and return.

“His deportation amounts to ‘refoulement’ and is an extremely worrying precedent for Tunisia. Under international law no one should be returned to a country where they may be at serious risk of persecution or human rights violations.

“The Algerian authorities should release Slimane Bouhafs immediately and ensure he is not subjected to any ill-treatment in prison. Under no circumstances should a recognised refugee be returned to the place from which they have fled.”

Crackdown under guise of counter-terrorism

Although the charges against him remain unknown at present, Algerian media outlets have cited unnamed officials confirming that Bouhafs is being investigated for his supposed membership of the Movement for the Self-Determination of Kabylie, which the Algerian authorities recently classified as a terrorist group.

Since April this year, the Algerian authorities have increasingly resorted to the use of overly-broad charges of “terrorism” or “conspiracy against the state” to prosecute human rights defenders and Hirak activists. On 18 May, the High Council for National Security, a consultative body advising the president on security issues, announced that the political opposition organisation Rachad and the Movement for the Self-Determination of Kabylie had been designated “terrorist entities”. In June, Algeria’s penal code was amended to expand the definition of terrorism to include “attempting to gain power or change the system of governance by unconstitutional means”. On 18 August, the High Council for National Security also sought to arrest all the members of the two movements - whom the authorities accuse of implication in the devastating Kabylie fires - as part of their “radical eradication”.

Tunisia’s potential awareness of or cooperation in Bouhafs’ forcible transfer to Algeria, despite his refugee status, would constitute a grave violation of the principle of “non-refoulement” and international refugee law. The Convention Against Torture, to which Tunisia is a party, explicitly prohibits the extradition of individuals to countries where there are substantial grounds to suggest they would be in danger of facing torture.