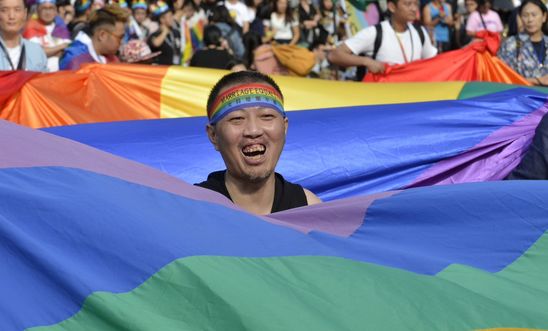 Responding to the release of a draft law which will act as a legal basis for recognising same-sex marriage in Taiwan, Annie Huang, Amnesty International Taiwan’s Director, said:

“This is a huge step forward for marriage equality in Taiwan. The draft law is the first of its kind in Asia to allow same-sex marriage. It sends a strong message to the Taiwanese people and the world that Taiwan chooses love over hate, and equality over discrimination.

“We welcome the bill proposed by Taiwan’s Executive Yuan. It pursues the equal protection of the freedom of marriage for two persons of the same sex, upholding the principles and spirit as laid out in the Constitutional Court’s ruling on 24 May 2017.

“There are some areas where this separate law falls short of genuine marriage equality. This will require future reforms to fully align opposite-sex and same-sex marriage in law.”

The draft has been sent to the Legislative Yuan today for review. Taiwan’s parliament is expected to take a final vote on the proposals by 24 May, a deadline for legislation set by the Constitutional Court’s ruling.

The draft law also makes the crime of ‘adultery’ applicable to same-sex unions. Taiwan’s criminal code allows for a married person who commits ‘adultery’ to be imprisoned for up to a year. Under international law, criminalising consensual sex between adults, whether inside or outside marriage, is a human rights violation.

Amnesty International and Human Rights Watch wrote a joint letter to Taiwan’s Executive Yuan in December last year to urge them to table a comprehensive piece of legislation for recognising and protecting same-sex unions in Taiwan.