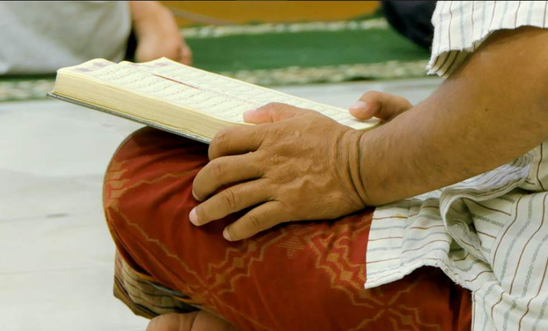 Muslims, who make up 9% of Sri Lanka's population, have suffered discrimination and mob violence in the past © Utsman Media on Unsplash

The Sri Lankan authorities must respect the right of religious minorities to carry out the final rites of their relatives in accordance with their own traditions unless they can show that restrictions are needed to prevent the spread of COVID-19, said Amnesty International today.

Two of the early coronavirus-related deaths in Sri Lanka have been those of Muslims who were forcibly cremated on the instructions of the authorities and against the wishes of the deceased’s families.

For Sri Lanka’s Muslim community, who make up nine per cent of the population, burials are considered to be a required part of final rites in accordance with Islamic traditions.

The first death of a Muslim in Sri Lanka - in Negombo, a western coastal town - took place on Tuesday (31 March) before national guidelines were revised to exclude burials. Despite protests by the relatives of the deceased, community leaders and Muslim politicians, a burial was blocked by the authorities and a cremation took place instead. The second death in the Muslim community happened on Wednesday (1 April) at the National Institute of Infectious Diseases, and the person was cremated a day later despite efforts by the victim’s family and members of the Muslim community to carry out a burial.

The World Health Organisation’s guidelines for the safe management of a dead body during the coronavirus crisis allows for either burials or cremations, and this position was mirrored in the Sri Lanka Ministry of Health’s initial guidelines issued on 27 March. However, four days later Sri Lanka’s guidelines were revised to exclusively order cremations for those who die - or who are thought to have died - as a result of contracting the virus.

The government has not provided adequate or reasonable justification for departing from WHO guidelines, indicating the change was not necessary to protect public health.

Given underlying religious and cultural sensitivities in the country, Amnesty is urging the Sri Lankan government to ensure that religious rites and practices are respected in line with international guidelines. Any changes to guidelines should involve prior consultation with the affected community.

“At this difficult time, the authorities should be bringing communities together - not deepening divisions between them.

“Grieving relatives of people who have died because of COVID-19 should be able to bid farewell to their loved ones in the way that they wish, especially where this is permissible under international guidelines.”

Forced cremations during the coronavirus crisis have given rise to concerns that Sri Lanka’s Muslim minority community is again being targeted by the authorities. Last year, the Sri Lankan authorities failed to intervene to stop attacks on Muslim-owned shops and homes by violent mobs. Emergency regulations were also abused to ban women wearing a face veil in the aftermath of the 21 April bombings by an Islamist armed group on three churches and three hotels.