Slovakia: attempt to restrict abortion access must be rejected 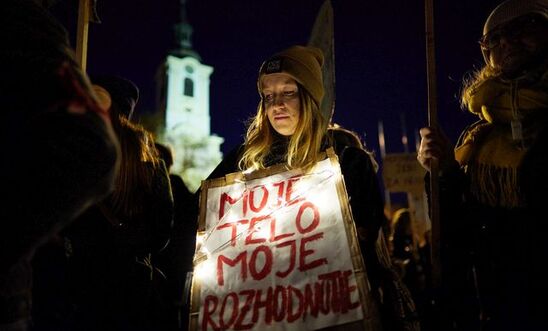 Ahead of today’s expected parliamentary vote on a bill that would severely restrict access to abortion in Slovakia, Rado Sloboda, Director of Amnesty Slovakia, said:

“Imposing unjustified and harmful hurdles to getting an abortion would endanger the health and lives of women, girls and pregnant people and violates their human rights.

“By restricting a person’s right to make decisions about what happens to their body, Slovakia would be swimming against the tide of change that has seen more than 50 countries change their laws over the last 25 years to allow for greater access to abortion.

“On this, the third year in a row that the Parliament has tried to pass a draconian abortion bill, we call on MPs to once again reject this bill in its entirety, and refrain from further dangerous and discriminatory attempts to limit sexual and reproductive rights in Slovakia.”

The original bill attempts to extend the already problematic mandatory waiting period from 48 to 96 hours before a woman can access an abortion on request, except when the woman’s health or life is at immediate risk. It would also force people to state their reasons for needing an abortion.

The bill also seeks to restrict the vital and evidence-based information that medical professionals can provide publicly about safe abortion care and where to access lawful abortions by prohibiting so-called “advertising” on abortion.

More than 100 organisations, including Amnesty International, have called on the members of the parliament in Slovakia to reject the bill.

The Parliament will vote today on proposed amendments and will proceed later with the vote on the totality of the bill.

Under the current law, abortion services are legal up to the end of the 12th week of pregnancy, or until the end of the 24th week for health reasons. Yet people seeking an abortion face multiple harmful barriers to access the services they need and are entitled to in Slovakia, which the bill will add to further.