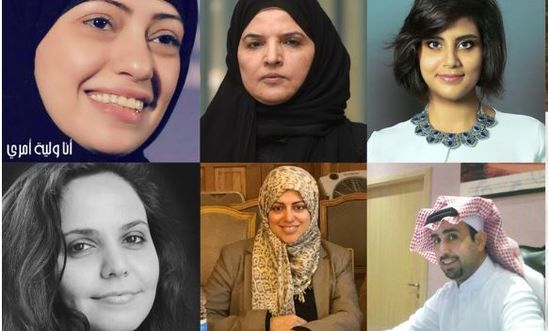 With the UN Human Rights Council set to deliver a statement addressing Saudi Arabia’s crackdown on peaceful activists, Amnesty International is calling on all states to support the statement.

The crucial statement, due to be delivered at a Human Rights Council session in Geneva tomorrow, is expected to address Saudi Arabia’s use of counter-terrorism legislation to persecute people peacefully exercising their right to freedom of expression and assembly - including a group of detained women human rights defenders who have been tortured and sexually abused.

The statement is also likely to address last year’s killing of the journalist Jamal Khashoggi.

As a member of the Council, Saudi Arabia is required to uphold the highest standards in the promotion and protection of human rights, yet has repeatedly failed to implement key recommendations over its dire human rights record.

Last week, Saudi Arabia’s Public Prosecution announced it had concluded investigations into the cases of a group of human rights defenders - including women activists - detained without charge since last May, announcing they will soon face charges. The charges are the same as those the prosecution claimed several of the women activists confessed to last year.

At least ten human rights defenders, including several of the women activists, were tortured, including by being sexually abused, during the first three months of their detention. They were held incommunicado during that period, with no access to families or lawyers, and they are still being denied access to lawyers. Women activists detained last year include Loujain al-Hathloul, Eman al-Nafjan, Aziza al-Yousef, Samar Badawi, Nassima al-Sada, Shadan al-Anezi and Nouf Abdulaziz.

The Saudi authorities have repeatedly denied that any activists were tortured.

“States, including key allies of Saudi Arabia, must use the joint statement to demand the immediate and unconditional release of the group of detained women human rights defenders and all others who have been detained solely for their criticism of the government.

“States who stay silent risk abdicating responsibility at a crucial moment and sending a dangerous message that Saudi Arabia can continue to commit egregious abuses without being held to account.

“The international community has a duty to hold Saudi Arabia to account for its grim human rights record.

In recent years, the government of Saudi Arabia has severely restricted freedom of expression, association and peaceful assembly, detained human rights defenders, religious clerics and critics, and there have been calls for the execution of activists and clerics facing grossly unfair trials. Despite limited reforms, women continue to face systemic discrimination in law and practice under the repressive guardianship system.

Last year’s brutal killing of journalist Jamal Khashoggi is another emblematic example of the extreme lengths to which the Saudi authorities have been prepared to go to crush peaceful dissent.