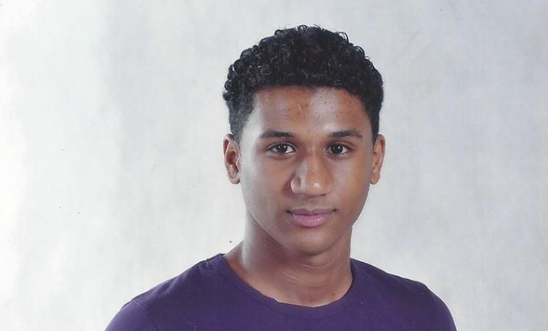 Arrested as a teenager in 2015, Mustafa al-Darwish was put into solitary confinement and held incommunicado for six months © Private

‘Time is rapidly running out to save his life’ - Lynn Maalouf

Amnesty International is calling for the execution of a 26-year-old man in Saudi Arabia to be halted after reports that his execution is imminent.

Mustafa al-Darwish was arrested in May 2015 for his alleged participation in riots in the country’s Shi’a-majority Eastern Province between 2011 and 2012.

The official charge sheet in his case does not specify the exact month the alleged crimes took place, meaning al-Darwish could have been either 17 or 18 at the time. International human rights law strictly prohibits the use of the death penalty for people who were under 18 at the time of the crime.

Al-Darwish was sentenced to death after a deeply-flawed trial based on a “confession” obtained through torture.

Late last month, al-Darwish’s case was referred to the country’s Presidency of State Security having already been upheld by the Supreme Court, a sign his execution is imminent as soon as the king ratifies his death sentence.

During his detention, al-Darwish was placed in solitary confinement and held incommunicado for six months and denied access to a lawyer until the beginning of his trial two years later, violating his right to a fair trial. In March 2018, he was sentenced to death by the Specialised Criminal Court on various charges, including “participation in armed rebellion against the rulers, blocking roads and sowing discord”; “forming … an armed terrorist network and firing at security officials”; and “seeking to disrupt national cohesion through his participation in more than ten riots”.

Amnesty is urging King Salman not to ratify the death sentence and order the relevant judicial bodies to quash his conviction and re-try him in line with international fair trial standards.

“Time is rapidly running out to save his life.

“The Saudi authorities must immediately halt all plans to execute Mustafa al-Darwish who was convicted on charges of participation in anti-government riots and sentenced to death after a deeply-flawed trial based on a so-called ‘confession’ obtained through torture.

“Use of the death penalty is an abhorrent violation of the right to life in all circumstances.

“Instead of putting Mustafa al-Darwish to death the authorities must immediately quash his conviction and order a fair re-trial of his case.”