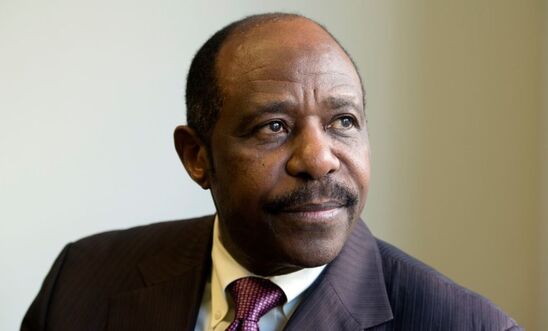 Rusesabagina famous for saving lives of 1,200 people during country’s 1994 genocide

Commenting on the 25-year jail sentence handed down against Paul Rusesabagina in Rwanda today after the opposition leader and man credited with saving 1,200 lives during the Rwandan genocide was found guilty of terrorism offences, Sarah Jackson, Amnesty International’s Deputy Director for East Africa, the Horn of Africa and the Great Lakes, said:

“These fair trial violations must be effectively remedied.

“Victims and survivors of attacks attributed to the National Liberation Forces deserve justice.

“Fair trial violations in the case were a disservice to the course of justice and to the victims and survivors of the attacks for which Rusesabagina and others were accused of being responsible.”

In addition, Rusesabagina was initially denied the right to be represented by a lawyer of his choice, the prison authorities confiscated privileged and confidential legal documents from him, and President Paul Kagame made public comments on the case, including telling CNN TV that Rusesabagina had “done something terribly wrong, committed a crime”. There are concerns that Kagame’s comments may have prejudiced Rusesabagina’s right to be presumed innocent until proven guilty.

Paul Rusesabagina is credited with being instrumental in protecting the lives of around 1,200 people who sought refuge at the Hotel des Milles Collines in Kigali during the 1994 Rwandan genocide. The episode was later made into a major film - Hotel Rwanda.

Rusesabagina left Rwanda in 1996 and later became increasingly critical of the Rwandan Patriotic Front government. He later founded an opposition political party - Party of Democracy in Rwanda and in 2018 he co-founded the Rwanda Movement for Democratic Change, a coalition of opposition groups of which he was president at the time of his arrest.

Rusesabagina and 20 others were tried in connection with armed attacks in 2018 and 2019 in southern Rwanda attributed to the armed wing of the Rwanda Movement for Democratic Change (the National Liberation Forces) in which nine people were killed. Rusesabagina was charged with nine terrorism-related charges.