Russia: raids on Proekt are 'another brazen attack' on independent media 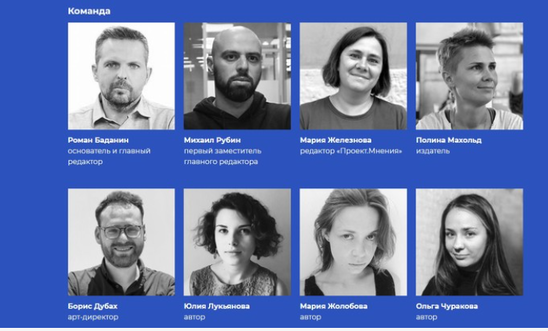 In early morning raids, police officers and officials from the Investigative Committee searched the home of Proekt.Media’s editor-in-chief Roman Badanin, the home of the parents of his deputy, Mikhail Rubin, and that of reporter Maria Zholobova.

Badanin’s and Zholobova’s computers and other digital devices were confiscated, and Badanin was later questioned and formally named a criminal suspect in a four-year-old alleged case of libel.

Yesterday, Proekt.Media announced the publication of its investigation into the alleged unlawful enrichment of the family of Russia’s interior minister, Vladimir Kolokoltsev.

According to the journalists’ lawyers, the criminal libel case was opened in relation to a 2017 documentary into alleged collusion between senior government officials and politicians - including President Putin - with organised criminal groups. The documentary was aired on the independent news channel TV Rain when Roman Badanin was its editor-in-chief.

Amnesty believes today’s house raids are part of an ongoing crackdown on independent media in Russia launched earlier this year.

“This is another brazen attack on independent media and freedom of expression in Russia, and part of a systematic cleansing of any critical voices exposing the malpractice of those in power in the country.

“The Russian authorities respond to reports of top-level corruption with impressive severity and lightning speed - except that they persecute those who expose it.

“We demand an immediate termination of all criminal libel proceedings against journalists and an end to the state harassment of independent Russian media.”