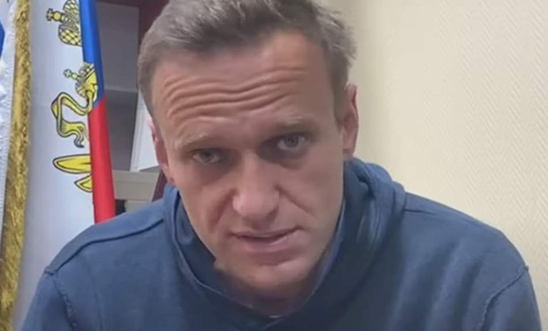 His doctors say he could die ‘at any moment’

Responding to reports that Aleksei Navalny has been transferred from the penal colony where he is unlawfully imprisoned to a medical ward at another prison, Marie Struthers, Amnesty International’s Eastern Europe and Central Asia Director, said:

“The transfer of Navalny to another penal colony and the latest official statements appear to suggest the authorities intend to start force-feeding him as a way to break his hunger strike and further punish him.

“We reiterate our call for Aleksei Navalny’s immediate release.

“While he remains in detention, Aleksei Navalny must be allowed an examination and treatment by qualified, independent medical specialists of his choice.

“The authorities must ensure that any decision on subjecting him to forcible feeding is taken only after independent medical experts conduct an assessment of his situation without coercion and undue interference, taking into account Navalny’s mental competence and wishes. Otherwise, a decision to force-feed him may amount to torture or other ill-treatment.

“The Russian authorities cannot escape the global scrutiny that their appalling treatment of Aleksei Navalny has invited.  We address all of our supporters, national governments and international bodies to join our call for Navalny’s immediate release, and urgent medical attention by independent doctors of his choice to save his life.”

Aleksei Navalny’s health has deteriorated rapidly during his time in detention. He is now on hunger strike as the Russian authorities have been denying him an examination by independent doctors of his choice. Navalny announced a hunger strike on 31 March after prison authorities refused to allow a doctor to examine his worsening health condition, which includes pains in his back and numbness in his legs.

Earlier today, the Russian Federal Penitentiary service declared that Navalny, who is unlawfully imprisoned in Penal Colony No2 in the town of Pokrov in Russia’s Vladimir region, has been transferred to the medical ward of Penal Colony No3 in the regional capital Vladimir.

In a press release today, the Russian penal authorities described Navalny’s health condition as “satisfactory”, and said that, with his consent, he is receiving “vitamin therapy”. However, Navalny’s doctors reported on 16 April “sharply negative” results from Navalny’s blood tests, which, in their opinion, suggest that he could suffer renal failure or a cardiac arrest “at any moment”.