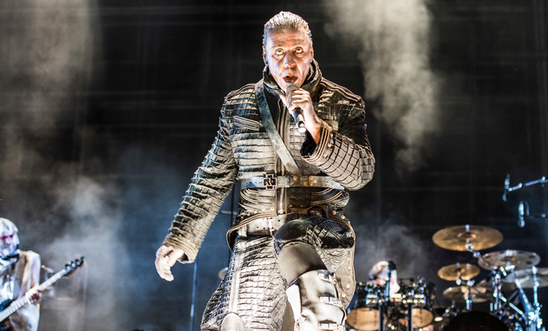 A Russian court will tomorrow (29 April) deliver its verdict in the case against an environmental activist and former Navalny campaign coordinator Andrei Borovikov, who faces three years in jail if convicted of “distributing pornography” for sharing a video by the German rock band Rammstein.

More than six years later (September 2020), the authorities charged him with “production and distribution of pornography”. The prosecution in the case has requested a three-year sentence in a high-security penal colony if the activist is found guilty by the Lomonosovsky District Court.

Borikov’s posting of the video came to the attention of the authorities six months ago when a former volunteer at Borikov’s office informed the police. The volunteer had secretly recorded his conversation with Borovikov about the video, during which Borovikov had deleted it. The prosecution said the video had been seen by “not fewer than two people” and went on to order “a sexological and cultural examination” of the clip. The experts found it to be of “pornographic nature” and “not containing artistic value”.

Borovikov, an environmental activist, is charged with “production and distribution of pornography” (Article 242(3)(b) of the Russian Criminal Code). In 2019, he was sentenced to 400 hours of compulsory labour after being found guilty of “repeated violation of the established procedure of organising or holding public events” for staging peaceful protests against a local landfill project.

“The case against Andrei Borovikov is utterly absurd. It is blatantly obvious that he is being punished solely for his activism, not his musical taste.

“This is not the first time the Russian authorities have used an overbroad definition of ‘pornography’ as a pretext for locking up their critics. Earlier this month, artist and feminist activist Yulia Tsvetkova stood trial on pornography charges over her drawings of women’s bodies - it is astonishing that cases like this even make it to court.

“The Russian government surely has better things to do than try its hand as a cultural critic.

“The prosecution of Andrei Borovikov is a mockery of justice, and we call for all charges against him to be dropped.”