Russia: Masked assailants in homophobic attack must be brought to justice 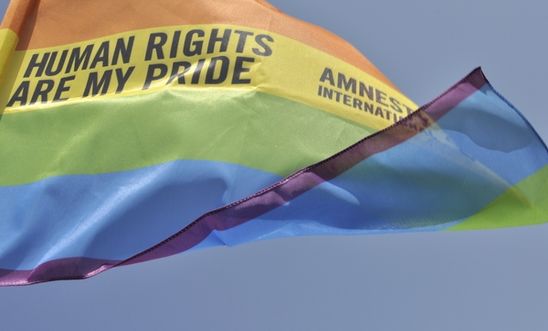 The Russian authorities must promptly find and bring to justice all those responsible for a violent homophobic attack in St Petersburg that has left two people injured, including one who has been left blind in one eye, Amnesty International said.

According to local activists in St Petersburg, on Sunday night two masked men brandishing air guns and baseball bats attacked the office of LaSky, a non-governmental organisation that provides support to gay people living with HIV.

“This latest insidious attack is sadly characteristic of a widespread atmosphere of homophobia in Russia today. If nothing is done to combat the hate, the ground is fertile for further violence.

“The Russian authorities must seek out, investigate and prosecute all those responsible for these violent attacks. Russian President Putin has publicly said the country would welcome lesbian, gay, bisexual, transgender and intersex - LGBTI -  activists at the upcoming Sochi Winter Olympics, but such pledges ring hollow in the face of these on-going hate crimes.

“This was a serious violent assault that has caused severe injuries and could have resulted in death. Those responsible must face serious consequences to the full extent of the law.”

The St Petersburg Public Prosecutor has reportedly opened an investigation into “hooliganism” after the attack.

The attack on LaSky happened during a so-called “coffee party” – a weekly gathering of young lesbian, gay, bisexual, transgender and intersex (LGBTI) and heterosexual people aimed at establishing tolerance and understanding. About 25-30 people were present at the Sunday gathering.

The violent attack has sent shockwaves through the LGBTI community, both in St Petersburg and across Russia.

Anastasia Smirnova of the Russian LGBT Network told media that police arrived at the scene of the attack but quickly left, because “they did not see any evidence of the crime”.

However, a local LGBTI activist confirmed to Amnesty that two people have been injured, including one who lost sight in one eye as a result. The activist, who asked not to be named, said the attack has contributed to the climate of stress and fear amongst the city’s LGBTI community.

Earlier this year, a vaguely worded federal law went into effect in Russia that institutionalises discrimination against LGBTI individuals and a wide range of organisations that promote LGBTI rights in Russia.
The law restricts the rights to freedom of expression and assembly of LGBTI individuals, and has provoked a wave of violence by vigilante groups across the country.

Amnesty has called for the law to be immediately repealed.