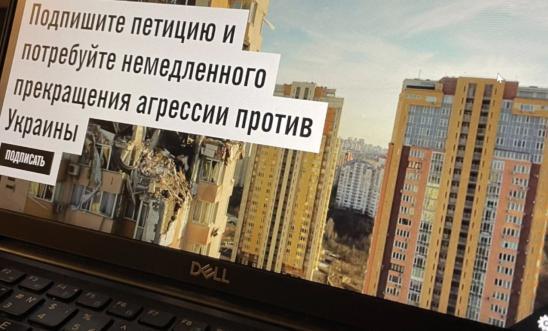 “In a country where scores of activists and dissidents have been imprisoned, killed or exiled, where independent media has been smeared, blocked or forced to self-censor, and where civil society organisations have been outlawed or liquidated, you must be doing something right if the Kremlin tries to shut you up.

“Amnesty’s closing down in Russia is only the latest in a long list of organisations that have been punished for defending human rights and speaking the truth to the Russian authorities.

“The authorities are deeply mistaken if they believe that by closing down our office in Moscow they will stop our work documenting and exposing human rights violations.

“We continue undeterred to work to ensure that people in Russia are able to enjoy their human rights without discrimination.

“We will redouble our efforts to expose Russia’s egregious human rights violations both at home and abroad.

“We will never stop fighting for the release of prisoners of conscience unjustly detained for standing up for human rights.

“We will continue to defend independent journalism’s ability to report actual facts, free of the Russian government’s intervention.

“We will continue to work relentlessly to ensure that all those who are responsible for committing grave human rights violations - whether in Russia, Ukraine or Syria - face justice. Put simply, we will never give up.”

Earlier today, the Russian Ministry of Justice delisted Amnesty’s Moscow Office from the register of representative offices of the international organisations and foreign NGOs, effectively closing it down alongside the offices of Human Rights Watch, the Carnegie Endowment for International Peace, the Friedrich Naumann Foundation for Freedom, the Friedrich Ebert Foundation and other organisations. The authorities said that the decision had been taken “in connection with the discovered violations of the Russian legislation”.