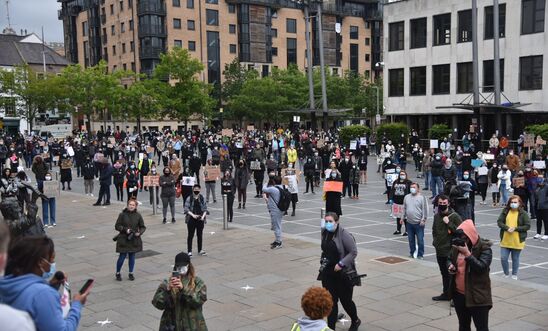 “This is a deeply critical report into how the PSNI went about policing this summer’s Black Lives Matter protests. The Police Ombudsman has concluded that the PSNI acted in an unfair and discriminatory manner, paid mere ‘lip service’ to human rights, and found its use of the Serious Crime Act against peaceful protestors to be ‘entirely disproportionate’. The police failed to uphold people’s rights to freedom of expression, protest and peaceful assembly and did so in a way which discriminated against anti-racism campaigners.

“It is unfortunate that it has taken two deeply critical reports, firstly from the Northern Ireland Policing Board and now from the Police Ombudsman, for the Chief Constable to apologise for what were obvious and significant failings from the start.

“These investigations must lead to a fundamental reassessment of how the PSNI approaches the right to protest and to the necessary work of rebuilding their badly damaged relationship with Northern Ireland’s Black and Minority Ethnic communities.”