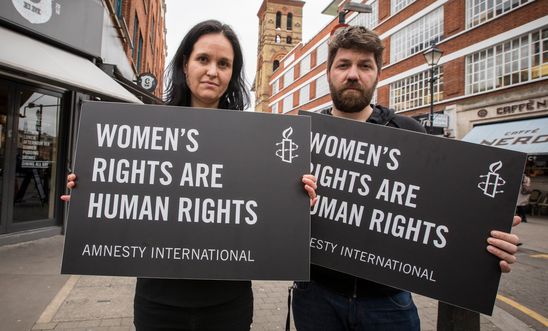 Amnesty International has welcomed the publication of regulations for the provision of abortion services in Northern Ireland but warned that they will fail to keep women safe during the current health emergency.

The regulations - which were laid by the UK Government’s Northern Ireland Office today - means that services can now be commissioned to operate in the region. However, Amnesty is concerned that the guidelines do not permit women to take both abortion pills at home, during a time when travelling for their healthcare is neither a safe nor viable option.

“The Government’s decision not to allow women to self-manage abortions at home during the current health crisis is dangerous and puts women at risk.

“Travel for this healthcare is neither a safe nor viable option at the moment and Government should be doing what it can to help women in the safety of their home.

“For many women in vulnerable situations – those in abusive relationships or with an insecure immigration status – travelling has never been an option. Allowing women to self-manage at home is a crucial way of ensuring that all have access to this vital healthcare.”

The commissioning of abortion services in Northern Ireland will now follow in line with provisions set out in the regulations. These include:

“For over a century we’ve had a near-total ban on abortion in Northern Ireland, but finally this vital healthcare service will be an option for those experiencing a crisis pregnancy.

“The health and wellbeing of women is paramount and the introduction of services must now swiftly follow.

"These regulations do however fall short of what is required. There is no need for early gestational limits and it’s worrying that sanctions are introduced for terminating a pregnancy outside of the regulations – this is contrary to the requirements for full decriminalisation.”

Amnesty is also concerned that home use of both abortion pills is not available in other parts of the UK.