Niger Delta: Government clean-up does not let Shell off the hook 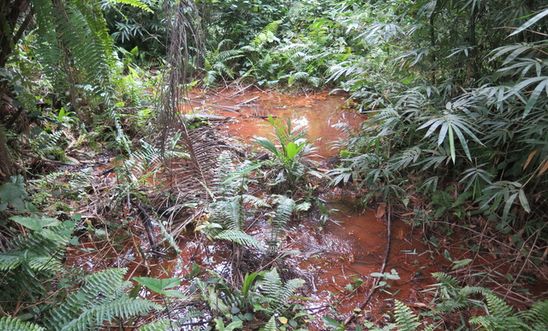 “The Niger Delta is one of the most oil-polluted places in the world. That is because companies like Shell are failing to prevent or clean up spills years, sometimes decades, after they happen.” – Joe Westby

The multinational oil giant Shell must not be allowed to palm off its responsibility to clean up decades of oil pollution which continues to blight the Niger Delta, said Amnesty International ahead of the Nigerian government’s long overdue clean-up of Ogoniland, due to begin on 2 June.

Under Nigerian law, companies are obliged to clean up whatever the cause.

“The Niger Delta is one of the most oil-polluted places in the world. That is because companies like Shell are failing to prevent or clean up spills years, sometimes decades, after they happen. Shell cannot rely on the Nigerian government to clean up its dirty work for it.

“The tragedy is that the oil spills continue to destroy the livelihoods of thousands of local people to this day. Shell will tell you that the vast majority are a result of theft, even though Amnesty International has repeatedly published evidence showing Shell misstates the cause of oil spills.

“But whatever their cause, Nigerian law still says that the company who operates the pipeline has to clean up. That is something Shell has failed to do for decades.

“The start of the clean-up is a much-needed, long-awaited step for people who have lived with polluted waters and farmlands for decades. They have a right to be sceptical, they have seen clean-ups promised and people paid to do the work in the past, only for little improvements to be delivered. This time the rhetoric must translate into action on the ground.”

After years of lobbying, on 29 April President Buhari’s government announced it would start the clean-up programme on 2 June. The clean-up was called for in 2011 by the United Nations Environmental Programme (UNEP), in a report exposing massive levels of pollution caused by oil spills from Shell pipelines in the Ogoniland region.

In a 3 November 2015 report, Clean it up: Shell's false claims about oil spills in the Niger Delta, Amnesty documented ongoing contamination at four oil spill sites that Shell said it had cleaned up years ago.

The Niger Delta is the biggest oil-producing region in Africa. Shell is the largest international oil company in the country, operating with around 50 oil fields and 5,000 km of pipelines, much of them ageing and poorly-maintained. The oil giant’s own figures admit to 1,823 oil spills since 2007, though the real number is probably higher.