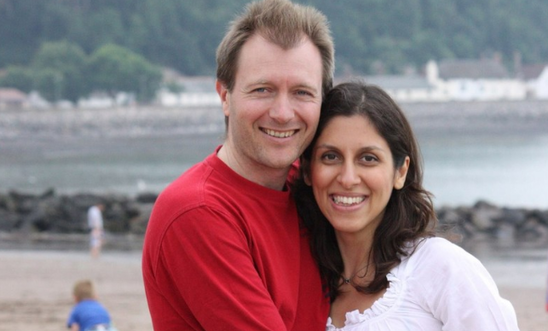 With daughter Gabriella’s return to the UK, jailed charity worker’s main support is denied to her

“Although it’s wonderful to see Gabriella reunited with her father, her return to the UK in these horribly difficult circumstances just underlines the cruelty of the Iranian authorities’ treatment of Nazanin.

“Nazanin is a prisoner of conscience, who’s been behind bars in Iran for more than three-and-a-half years - now she’s even being cut off from her main source of support, her young daughter.

“It really is unspeakably cruel.

“This should now be the tipping point - the Iranian authorities should finally do the right thing, by releasing Nazanin and allowing her to return home to Richard and Gabriella in the UK.”

Amnesty’s current campaign for Nazanin Zaghari-Ratcliffe’s release has been supported by more than 200,000 people.

Nazanin Zaghari-Ratcliffe, 40, a British-Iranian dual-national charity worker, was arrested at Tehran’s Imam Khomeini Airport on 3 April 2016 prior to boarding a plane back to the UK after a regular family visit to the country with her then infant daughter Gabriella.

After being detained in solitary confinement without access to a lawyer, Zaghari-Ratcliffe was sentenced to five years in prison in September 2016 after being convicted of “membership of an illegal group” in a grossly unfair trial by a Revolutionary Court in Tehran.

Zaghari-Ratcliffe is presently serving her five-year jail sentence in Tehran’s notorious Evin Prison. Since being jailed, she has suffered a serious decline in her physical and mental health, something her husband Richard has repeatedly drawn attention to during a high-profile campaign on his wife’s behalf.

Her requests for periods of temporary release - for which she is eligible - have been met on only one occasion (last August), followed three days later by a return to jail. Amnesty described her return to jail on 26 August last year as a “crushing disappointment”.

Amnesty has designated Zaghari-Ratcliffe a prisoner of conscience targeted solely for the peaceful exercise of her rights to freedom of expression and association, and has repeatedly called on the Iranian authorities to release her immediately and unconditionally.

For more on the wider human rights situation in Iran, go here.