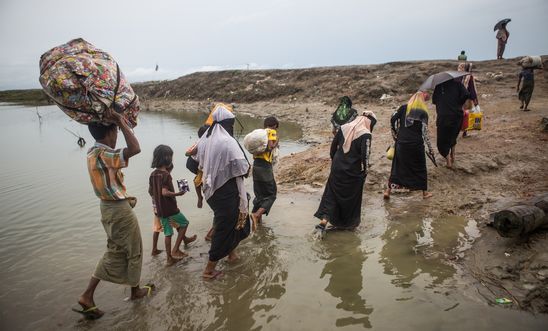 In response to news that the governments of Myanmar and Bangladesh have signed an agreement to return close to one million Rohingya refugees currently in Bangladesh, Amnesty International’s Director for Refugee and Migrant Rights, Charmain Mohamed, said:

“While precise details of this deal have not yet been revealed, talk of returns is clearly premature at a time when Rohingya refugees continue to trickle into Bangladesh on an almost daily basis as they flee ethnic cleansing in Myanmar.

“There can be no safe or dignified returns of Rohingya to Myanmar while a system of apartheid remains in the country, and thousands are held there in conditions that amount to concentration camps. Returns in the current climate are simply unthinkable.

“Myanmar and Bangladesh have clear obligations under international law not to return individuals to a situation in which they are at risk of persecution or other serious human rights violations.

“The fact the United Nations and the international community have been completely sidelined from this process does not bode well for ensuring a robust voluntary repatriation agreement that meets international standards.

“At a minimum, Rohingya should be able to continue to seek asylum in Bangladesh, while those who do not want to go home must not be forced to.”

Amnesty’s analysis into the root causes of the current crisis in Rakhine State published this week found that the Rohingya in Myanmar are trapped in a vicious system of state-sponsored, institutionalized discrimination that amounts to apartheid.