Myanmar 'must comply' with ICJ ruling to protect Rohingya 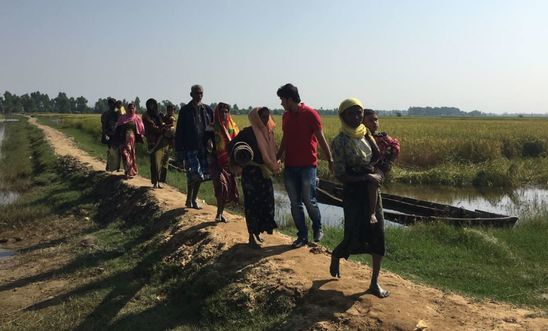 “Today’s decision sends a message to Myanmar’s senior officials: the world will not tolerate their atrocities, and will not blindly accept their empty rhetoric on the reality in Rakhine State today.

“An estimated 600,000 Rohingya who remain there are routinely and systematically denied their most basic rights. They face a real risk of further atrocities.

“Myanmar must comply with the ICJ’s ruling and take immediate action to cease ongoing violations against the community and to prevent the destruction of evidence.

“The decision comes just days after Myanmar published a summary report of the findings of the government-established ‘Independent Commission of Enquiry’. The commission was neither independent nor impartial and cannot be considered a credible effort to investigate these crimes against the Rohingya.

“Meanwhile, there have been no efforts to investigate the serious and wide-ranging violations against other ethnic minorities.

“Until all those responsible for serious violations – including those with command responsibility – are held to account, these atrocity crimes will remain rampant. The UN Security Council must urgently refer the situation in Myanmar to the International Criminal Court.”

On 11 November, the Gambia filed a case at the ICJ, accusing Myanmar of breaching its obligations under the Genocide Convention. The complaint included an urgent request for the Court to order “provisional measures” to prevent all acts that may amount to or contribute to the crime of genocide against the Rohingya, and protect the community from further harm while the case is being adjudicated.

Public hearings on provisional measures were held in The Hague on 10-12 December. Myanmar’s delegation, headed by State Counsellor and de facto leader Aung San Suu Kyi, rejected accusations of genocide, and urged the court to reject the case and refuse the request for provisional measures.

This Monday, the Myanmar’s own Independent Commission of Enquiry submitted its final report to the Myanmar President. The commission concluded that while the Myanmar security forces may have been responsible for war crimes and “disproportionate use of force”, it found no evidence of genocidal intent. The full report has yet to be made public.