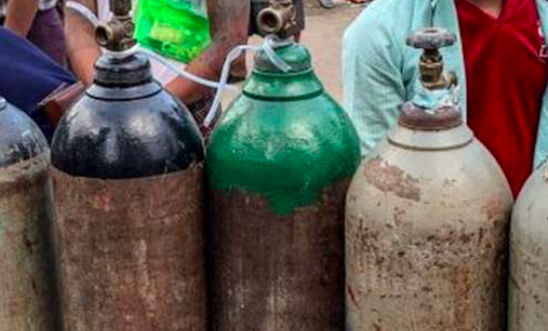 Jailed opponents of military among those at risk

In the last six weeks, Covid cases and deaths have risen sharply in the country, leaving patients struggling to access oxygen as military conflict continues to escalate.

Reports of Covid-19 cases are on the rise among internally-displaced populations - including in Kachin and Rakhine states - while security officials are reportedly hoarding oxygen, contributing to the national shortage.

“The spread of Covid-19 in Myanmar compounds the existing humanitarian and human rights crisis in the country. It's a stark example of the Myanmar military’s ruinous mismanagement and its enormous human toll.

“By relentlessly pursuing medical workers, threatening them and arresting them, the military authorities have driven the country’s already fragile healthcare system into the ground during a global pandemic.

“Community volunteer groups are engaged in the morbid task of corpse removal, and crematoriums are inundated. The military's response has been to stage photo ops and release statements saying they have this under control when it is manifestly clear that they do not. To make matters worse, the available data shows that less than three per cent of the population is fully vaccinated against Covid-19.

“The country’s prison system now houses thousands of opponents of the military and, even under ordinary circumstances, detention in these facilities is detrimental to the right to health, as the denial of medical treatment and access to life-saving medications is commonplace.

“Unless there is swift, decisive and unified action taken by the international community, the situation in Myanmar can and will get much, much worse.”

On 1 February, Myanmar’s military seized power from the elected civilian government in a violent coup. The move triggered pro-democracy protests nationwide, which saw the nation’s security forces launch a deadly crackdown on demonstrators.

According to the Assistance Association for Political Prisoners Burma, as of 13 July the Myanmar military had killed more than 900 people and arrested at least 6,600 people following the coup. More than 5,200 people remain in detention.

The rights to freedom of expression, association and peaceful assembly have also been drastically curtailed in the country, including via shutdowns of media outlets, the internet and social media.