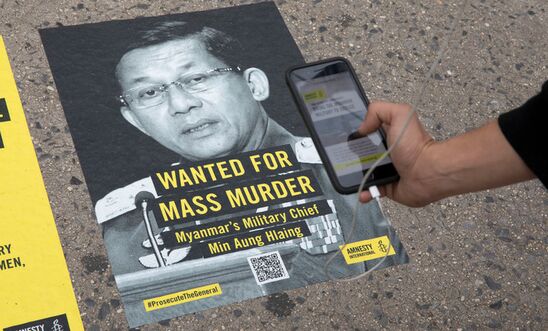 Reports of a widespread mobile internet blackout instigated by the military

“To shut down the internet amid a volatile coup, a humanitarian crisis and a health pandemic is a heinous and reckless decision.

“Since the 1 February coup, people in Myanmar have been forced into a situation of abject uncertainty. An expanded internet shutdown will put them at greater risk of more egregious human rights violations at the hands of the military.

"Mobile operators and telecommunications providers in Myanmar must seek urgent clarification from the Myanmar authorities.

“The military must re-establish all telecommunications immediately and stop putting people’s rights in danger."