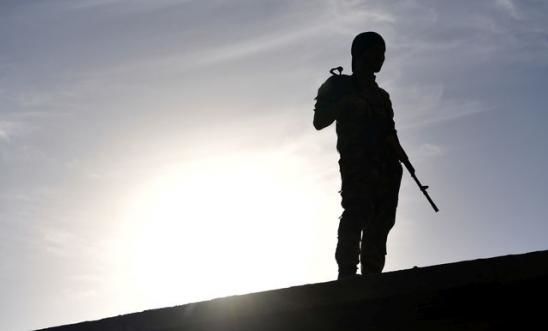 Amnesty researchers recently visited several villages in the al-Shura and al-Qayyara sub-districts of Ninewa governorate, south-west and south of Mosul, gathering evidence indicating that up to six people were extrajudicially executed in late October, apparently due to suspicions that they had ties to the Islamic State armed group.

A number of Iraqi forces participating in the conflict against ISIS - including army units, fighters from two local “tribal mobilisation” militias and members of federal and local police - are believed to have been present in, or passed through, the villages where the torture and extrajudicial executions were taking place. Some reports suggest that a senior commander of the “Operations to Liberate Ninewa” may have been in the vicinity at the time.

According to information obtained by Amnesty, on the morning of 21 October around ten men and a 16-year-old boy - mainly from the villages of Na’na’a and al-Raseef - were tortured after they handed themselves over to a small group of men wearing Federal Police uniforms in an area known as Nus Tal. They had waved a white cloth and lifted their shirts to show they were not wearing explosive belts and didn’t pose a threat. Shortly afterwards, reinforcements arrived and the men were taken on foot to an open desert area, about a kilometre away between the town of al-Qayyarah and the al-Shura sub-district, identifiable by a broken-down caravan. Fighters dressed in Federal Police uniforms beat the group with cables and rifle butts, punched and kicked them, and pulled their beards - in one case setting a man’s beard alight.

The victims were also made to lie on their stomachs and shots were fired between their legs, as they were insulted, often using sectarian language, and accused of being members of “Daesh”.

Ahmed Mahmoud Dakhil and Rashid Ali Khalaf from the village of Na’na’a, as well as a third man from the village of Tulul Nasser, were then separated from the larger group. Men in Federal Police uniforms then subjected them to particularly brutal beatings before shooting them dead. Their decomposing remains were found in the same area some five days later. Rashid Ali Khalaf’s head had been severed from his body.

Another villager from al-Raseef, Hussein Ahmed Hussein, was last seen alive on 21 October. He was handcuffed and led away by a group of men in Federal Police uniforms near the caravan, after being beaten with rifle-butts, punched and insulted. His body was discovered nearby a week later.

Meanwhile, also on 21 October, another young man - Hussein Dakhil - was found dead with two bullet wounds shortly after he’d left a house near the Mishraq Sulphur Company building in the Shura sub-district, which ISIS fighters had set fire to before leaving the village. He was blindfolded with his torso exposed, suggesting he’d been detained before being extrajudicially executed. On that same day, another man, Bashar Hamadi, was also apparently shot dead as he ran towards forces that included men in Federal Police uniform while pulling up his clothes to show that he had no explosives. According to information received by Amnesty, he was shot from about 50 metres away and left on the ground. His body was found about a week later. All those killed were buried without autopsies after their corpses were found.

As well as launching an investigation, Amnesty is calling on the Iraqi authorities to guarantee that witnesses to these crimes and their families are protected from any intimidation or revenge attacks.

“Men in Federal Police uniform have carried out multiple unlawful killings, apprehending and then deliberately killing in cold blood residents in villages south of Mosul. In some cases the residents were tortured before they were shot dead execution-style.

When the Mosul military operation began, Prime Minister Haider al-Abadi made clear that violations by Iraqi armed forces and its allies would not be tolerated. Now is the time for him to prove just that.

“The Iraqi authorities must immediately investigate these alarming reports of extrajudicial executions and torture. They must remove from active duty all individuals who are suspected of committing war crimes and other serious human rights violations, pending the outcome of judicial investigations.

“Without effective measures to suppress and punish serious violations, there is a real risk that we could see war crimes of this kind repeated in other Iraqi villages and towns during the Mosul offensive.”

Before the arrival of Iraqi government forces, retreating ISIS fighters forcibly moved hundreds of women, children and older men from the villages of Na’na’a and al-Raseef to Hamam Alil in an apparent attempt to use them as human shields. On 19 October, ISIS fighters made public announcements ordering the villages’ residents to leave their homes using the local mosques’ loudspeakers. Some of the some younger men who managed to stay behind - hiding in unfinished or abandoned buildings - were among those killed by forces wearing Iraqi Federal Police uniforms.

The killings took place against the backdrop of armed confrontations in the al-Shura area on 21 October between ISIS and Iraqi forces. As the area was largely depopulated and Iraqi forces had already suffered at least one fatality that morning, it appears they’d presumed that only ISIS fighters remained behind.

This is not the first time Amnesty has documented extrajudicial executions by men in Iraqi Federal Police uniform. On 27 May, during operations to retake the city of Falluja and surrounding areas, at least 16 men and boys from the Jumaili tribe were shot dead near the town of Sijir after handing themselves over to fighters, some of whom were wearing Federal Police uniforms. The Federal Police is part of the Ministry of Interior, and has been involved in numerous counter-insurgency efforts.